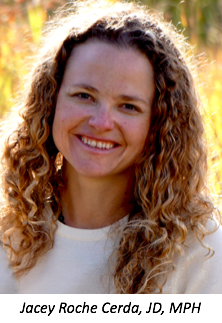 A recent study suggests that Echinococcus spp. tapeworms, in particular, E. canadensis, may be under-recognized in the United States.

They published the results of their study in the February 2018 issue of Emerging Infectious Diseases, the Centers for Disease Control and Prevention’s monthly peer-reviewed public health journal.

"Although well studied globally, the current presence, prevalence, and transmission dynamics of Echinococcus spp. tapeworms in the contiguous United States are currently unknown," the authors write. "Substantial research was conducted between the early 1930s and the 1980s; however, very little research has occurred in the past 3 decades."

According to the authors, Echinococcus spp. currently infect 2 to 3 million individuals worldwide, and these infections are associated with annual economic losses ranging from $200- to $800-million.

Studies also show that infection with these zoonotic tapeworms appears to be increasing, reemerging, and geographically expanding across Europe, Asia, Africa, and the Americas (predominantly in Latin America), with more than 200,000 new cases occur each year.

As a consequence, the researchers emphasize that scientists, veterinary and human medical professionals, and other public health officials need a more complete picture of Echinococcus spp. cycles in the United States, particularly because echinococcosis is not a reportable disease.

In an interview with Contagion®, Ms. Cerda explained that she and her colleagues chose to pursue this study because of the increased attention to the potential public health threat of Echinococcus spp. via transmission from wildlife hosts.

“Previous work has shown that fear of disease from wildlife can decrease public support for conservation, even if human actions are contributing to disease spread,” she said. “We wanted to better understand this threat, if any, and whether or not public health risk truly was increasing.”

The researchers analyzed data on Echinococcus spp. and echinococcosis in the United States and Canada.

These data indicate relatively stable E. canadensis cycles and transmission dynamics in the Arctic and sub-Arctic regions of North America, they write. For example, one study in Alaska showed that approximately 30% of 200 wild canids were infected with E. canadensis tapeworms. Likewise, another study found infections in 37% of 191 wolves sampled across Canada.

E. multilocularis tapeworms are similarly endemic in Alaska and Canada. One study in Alaska showed heavy infections (mean infection rate, 77%) in Arctic fox (Vulpes lagopus) and their small mammal prey species (infection rate range, 10% to 80%). And urban coyotes and domestic dogs have been demonstrated to be both definitive and aberrant intermediate (dog) hosts in various regions of Canada.

Cases of alveolar echinococcosis (AE) and cystic echinococcosis (CE) in humans have been shown to be prevalent in both Alaska and Canada. From 1940 to 1990, 300 cases of CE were reported in Alaskan Native Americans, with only 3 more cases reported between 1990 and 1999. Most AE cases in Alaska also arose in Native American populations, with 54 cases reported from 1947 to 1986 and none from 1986 to 2010. From 2010 to 2014, 5 cases were reported, although the authors note that these cases were more likely to be CE.