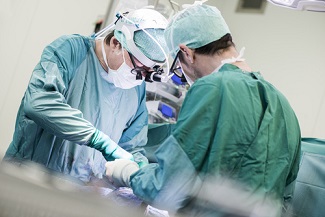 Organ transplantation from HIV-positive donors to HIV-positive recipients appears to be safe, with little risk of donors becoming infected with new strains of the disease when the virus is well controlled, a new study found.

Funded by the US National Institute of Allergy and Infectious Diseases and National Cancer Institute, it was part of the HIV Organ Policy Equity pilot study. Participants at 3 hospitals in the United States were examined for sustained donor-derived HIV superinfection, which is when a patient with HIV is infected with a new strain of the virus.

“The big take away from our study, as well as a very similar study from South Africa, is that the risk of HIV superinfection in HIV+ to HIV+ organ recipients is minimal as long as the patients maintain proper ARV therapy,” Andrew Redd, PhD, assistant professor at Johns Hopkins University School of Medicine, told Contagion®.

All of the participants were receiving antiretroviral therapy (ART) and had no active opportunistic infections, and had adequate CD4 T-cell counts of more than 100 cells per microliter for liver and 200 for kidney transplants.

None of the participants showed HIV superinfection during the three-year timeframe of the study. Only 1 participant experienced a viraemic episode 3 years after transplantation, which was due to non-adherence to ART, and only the viral sequences from the recipient were detected.

“One thing I found surprising was that in people that stopped taking ARVs against their physician’s advice (one in both our study and the one from South Africa) there was no evidence of the donor virus emerging after viral rebound,” Redd said. “I think this is a pretty strong indication that sustained superinfection is not occurring.”

People living with HIV have a high rate of kidney and liver disease, driving up demand and wait time for transplants. Transplantation of organs from HIV-positive donors to HIV-positive recipients began in South Africa in 2008 and was expanded to the United States in 2013 with the passage of the HIV Organ Policy Equity (HOPE) Act.

“My hope would be that these findings help to convince reluctant surgeons and transplant centers that HIV superinfection shouldn’t be a concern in properly managed patients,” Redd said.

The study provides promising evidence to support HIV-positive donors as a source to reduce the number of HIV-positive patients on transplant wait lists. Further research is continuing.

“There are two ongoing HOPE in Action clinical trials that are examining if there are any differences in the outcomes between HIV+ to HIV+ vs HIV- to HIV+ kidney and liver transplants,” Redd said. “These trials are still ongoing, and we are planning to examine if HIV superinfection is found in these larger studies as well. Hopefully, these studies will show positive clinical and virological outcomes, which will hopefully lead to greater acceptance of this clinical practice in the US and worldwide.”

While the transplants included in this study involved deceased donors, changes in recent years have made way for kidney donations from living donors with HIV infection. Kidneys from living donors last longer and have a chance of functioning immediately.
To stay informed on the latest in infectious disease news and developments, please sign up for our weekly newsletter.