Yoav Golan, MD, on the Recent Approval of Ceftolozane/Tazobactam for HABP/VABP 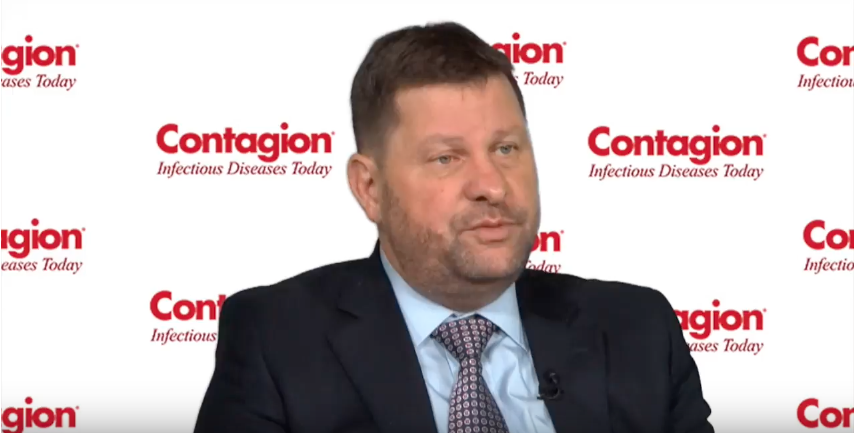 Following the approval of the new indication, Contagion® spoke with Yoav Golan, MD, attending physician and associate professor of medicine at Tufts University School of Medicine in Boston, Massachusetts, to discuss the implications of the approval.

Contagion®: Why are new agents needed for HABP/VABP treatment?

Yoav Golan, MD: In general, we’ve seen an increase of resistance in pathogens that affect humans, particularly in hospitals and health care institutions. This is particularly true for hospital-acquired pneumonia, which is an infection that develops in a health care institution—typically, in a hospital—and is typically caused by an antibiotic-resistant hospital-acquired pathogen. Because of this resistance, many of the antibiotics that we relied on for many years to treat HABP are not effective anymore. We need newer and better agents to be able to cover those pathogens.

Contagion®: What evidence supports the efficacy of ceftolozane/tazobactam for treating HABP/VABP?

Yoav Golan, MD: Ceftolozane/tazobactam, when it comes to pneumonia, is a good starting point, because when you look at its in vitro activity—the spectrum of coverage of microbes—it is uniquely positioned to cover the type of bacteria that cause HABP/VABP, including some of the most resistant bacteria like Pseudomonas, which has been a particular challenge when we care for these patients.

This has been a particularly good starting point. The next step was the proof of efficacy for ceftolozane/tazobactam in complicated intra-abdominal infections and complicated urinary tract infections, which are often caused by some types of pathogens that you see in pneumonia.

The third and most important facet of evidence has been the clinical trial itself, the ASPECT-NP study, in which ceftolozane/tazobactam was compared with intravenous meropenem in patients with ventilated hospital-acquired pneumonia and ventilator-associated pneumonia. The study was designed as a noninferiority study versus meropenem, which represents the standard of care. Ceftolozane/tazobactam was found to be noninferior to meropenem in terms of mortality at 28 days, as well as cure at test-of-cure visit.

Contagion®: The ASPECT-NP trial was conducted in critically ill patients. Why is this population important to study?

Yoav Golan, MD: From a clinician perspective, the most informative clinical trials are those that involve sick patients with a hard-to-manage infection—patients whose outcome depends on effective therapy. The ASPECT-NP study was designed to only include ventilated patients who are at a high risk of mortality. Proving effectiveness in such a group of patients provides meaningful information to clinicians.

Contagion®: What does the approval of ceftolozane/tazobactam bring to clinicians treating patients with HABP/VABP?

Most of the currently available antibiotics lack reliable activity against both of these types of bacteria. When initiating empiric therapy for patients with hospital-acquired pneumonia, we often need to choose between better coverage of 1 or the other. Ceftolozane/tazobactam offers the possibility to cover both types of bacteria. This is useful when treating very ill patients who cannot tolerate any delays in the initiation of adequate empiric antibiotic therapy.

MOST POPULAR ARTICLES
How Deadly Was the 2019-2020 Flu Season?
Why Comparing Flu and COVID-19 Severity Is Not Equivalent
The Sweden Question: Has Controversial Response Led to T-cell Mediated Immunity?
A Naturally Occurring Peptide Might be Key to Preventing Respiratory Failure in COVID-19 Patients