For decades, it has been recognized that antibiotic treatment can damage the microbiota and destroy beneficial bacteria that enhance immune function and resistance to infection. The loss of beneficial bacteria can increase risk of certain life-threatening infectious diseases and graft-versus-host disease (GVHD).

In a new study published in Science Translation Medicine and funded by National Institute of Allergy and Infectious Diseases (NIAID), part of the National Institutes of Health (NIH), investigators from Memorial Sloan Kettering Cancer Center demonstrate that autologous fecal microbiota transplantation (auto-FMT) is safe and effective in replenishing gut bacteria in cancer patients who receive antibiotics during allo-HSCT.

As part of the investigation, 25 allo-HSCT patients were enrolled in a randomized, controlled clinical trial. The participants provided a fecal sample prior to the cell transplant. After physicians confirmed that the transplant cells were growing, the beneficial gut bacteria were assessed.

In the study group, the investigators found that auto-FMT treatment led to the recovery of beneficial gut bacteria close to baseline levels within days, which resulted in the restoration of the patients’ digestive and immune functions.

In the control group, gut bacteria took many weeks to recover from the antibiotic treatment which leaves patients vulnerable to healthcare-associated infections, such as Clostridium difficile.

One limitation of the study is that the investigation was conducted at a single institution and, therefore, may not be applicable to patients undergoing allo-HSCT at other institutions or in clinical settings where microbiota may differ because of the use of different antibiotics and chemotherapies, according to study authors.

Another limitation is that the auto-FMT approach of using an autologous FMT sample may be derived from patients who have experienced treatment for cancer, were exposed to antibiotics and may be depleted of some commensal bacterial species.

“Despite these limitations, however, our study demonstrates that auto-FMT remediated acute microbiota losses associated with allo-HSCT and returned compositions toward the pre—allo-HSCT baseline while avoiding the potential introduction of viral or microbial agent that the patient had not previously encountered,” the authors write.

Current and future research is assessing whether FMT from a healthy donor would have the same benefits as the patient’s own fecal sample at restoring beneficial bacteria. 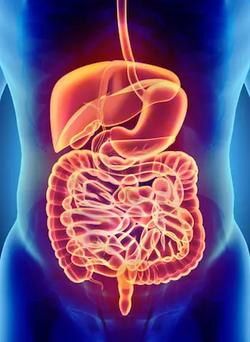