The Centers for Disease Control and Prevention (CDC) is seeking more data on a possible cause of acute hepatitis in children, calling on clinicians to screen for adenovirus infections along with a broad range of possible exposures. 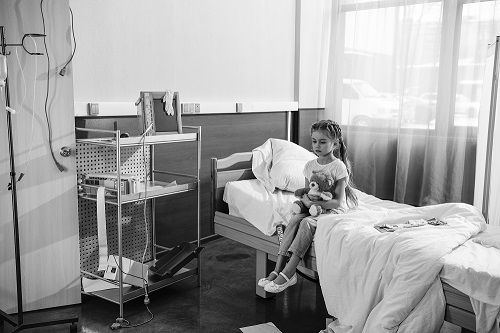 As world health officials work to understand an outbreak of acute hepatitis of unknown origin in children, new research from the Centers for Disease Control and Prevention suggests the number of cases is on par with pre-pandemic levels, and a common exposure has yet to be identified that would explain the origins of the condition.

The CDC released an interim analysis of acute hepatitis in children between October 2021 and June 2022 in its June 24 Morbidity and Mortality Weekly Report, showing adenovirus infection in about 45% of cases and a history of SARS-CoV-2 infection in about 26%. The study included data on 123 cases.

“We looked at a broad number of exposures and from that information essentially there are no common exposures that were found in terms of foods that were consumed, intoxicants, medication, common exposures like pet exposures among the cases for which we’ve been able to do this more extensive look,” study co-author David Sugerman, MD, of the CDC told Contagion.

An analysis published in the CDC’s June 17 Morbidity and Mortality Weekly Report suggested that compared with pre-pandemic levels, there was no increase in hepatitis-associated emergency department visits or hospitalizations, liver transplants or adenovirus types 40/41 infections among US children.

“This is an ongoing investigation,” Sugerman said. “I think it’s going to take collectively our work here in the United States and other countries time to have more answers.”

In April, the World Health Organization reported 169 cases of acute hepatitis of unknown origin in children in a dozen countries, leading to one death and 17 transplants. In response, the CDC issued a request calling on health care providers to report additional cases in children younger than 10.

As of June 22, the CDC reported 305 patients under investigation in 42 states and territories, including 11 deaths, and 20 liver transplants. Cases also have risen globally, with the WHO reporting 650 probable cases in 33 countries as of May 26, the European Centers for Disease Prevention and Control reporting 402 cases in 20 countries as of June 9, and the United Kingdom reporting 260 cases as of June 13. Most cases have been in children younger than 5.

“Adenovirus has the strongest signal of the things we’re looking for, but still, 45% is not 80% or 100%,” Sugerman said. “So, it’s there but it’s not telling us the whole story potentially and there’s more work to be done.”

Adenovirus has not been part of the standard workup for children with hepatitis. Sugerman urged clinicians to cast a wide net, including specialized testing for adenovirus 40/41 in the workup of children with acute hepatitis.

The CDC has posted guidance for testing patients under investigation for acute hepatitis along with instructions for collection and submission of specimens.

The CDC is investigating whether recent cases may be associated with the return to regular activities, leaving children vulnerable to viral illnesses they avoided due to COVID-19 mitigation strategies.

“It might be we’re detecting something that was there all along. There’s not a surge in adenovirus. What could have happened is that there was a re-exposure adenovirus,” Sugerman said. “So, the thought is that children are re-exposed to a number of viruses that they weren’t during the mitigation efforts with coronavirus.”

Sugerman said ongoing research will include controlled studies to better understand a possible link between adenovirus and hepatitis and looking back in time to see whether adenovirus may have been present in some previous cases of hepatitis with unknown cause.