A plethora of new studies has provided the data needed to evaluate the types of tests, and types of samples collected, in order to make informed recommendations. 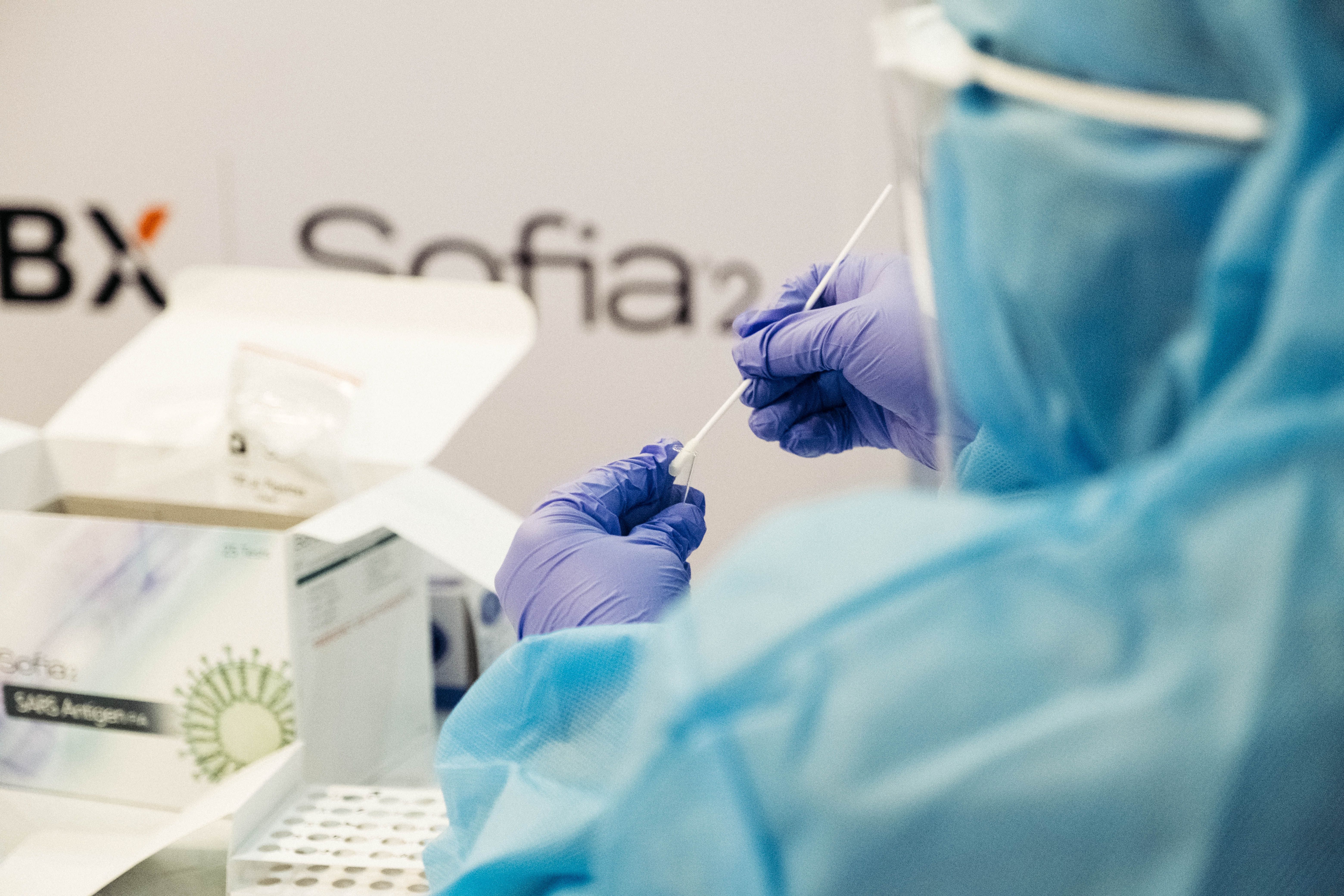 As knowledge of COVID-19 has advanced over this past year, guidelines pertaining to the use of different diagnostic tests have evolved accordingly. Two members of the Infectious Diseases Society of America’s (IDSA) task force of experts spoke to journalists about what goes into the COVID-19 testing guidelines, which were updated in late 2020.

The guideline updates reflect the task force’s review of studies comparing the use of different sample types used for diagnosis, along with studies looking at different types of molecular tests and how they compare to each other. The members also delved into available information on asymptomatic people who received or were preparing to receive immunosuppressant agents.

The task force’s initial guidelines were released in May 2020. “In the first guideline, we recommended using either a nasopharyngeal swab--that’s the deep swab that goes to the back of the nose--a mid-turbinate swab, which is kind of the middle of the nose, or an anterior nasal swab, which is the front of the nose, as preferred ways to collect the samples and send to the lab for molecular diagnostic testing,” Kimberly Hanson, MD, MHS, an associate professor of internal medicine at the University of Utah School of Medicine in Salt Lake City and a member of IDSA’s board of directors, said. “These 3 were preferred at the time over just a swab at the back of the throat or saliva testing.”

Part of the problem is that at the time the initial guidelines were released, according to Hanson, there was not enough evidence to be able to weigh in on saliva testing. “In the interval time period here now, there’s just been an explosion of papers looking at the performance of these different sample types, and especially saliva,” she said. “And what we learned was that saliva [testing] actually looks pretty good.” This is especially true if test takers are instructed to clear their throats or cough before providing saliva samples.

Studies have confirmed that taking samples from multiple areas, such as a combined anterior nasal swab and throat swab, also yields accurate results. The IDSA guidelines now say that saliva samples, mid-turbinate, anterior, and combined nose and throat samples all are preferable to throat swabs alone.

The recommended modes of testing do have potential complications. Laboratories must confirm that their test systems can work with saliva, the consistency of which can vary from thick to bubbly to sticky. Dual-swab tests require extra material, which could be an issue if there’s a supply-chain bottleneck.

What of the nasopharyngeal swab, so widely used throughout much of 2020? Hanson acknowledged its limitations: The discomfort it entails can be substantial, and the tendency for people to gag and sneeze while undergoing it puts providers at risk of being exposed to infectious aerosols. Providers also need to be well trained in order to get a good sample, which is not necessarily the case with other test types.

Rapid COVID-19 tests, which can give results within the hour, have garnered a lot of attention. Early in the pandemic, there simply wasn’t enough information about the value of rapid tests for IDSA to make any recommendations about their use. Now, however, an abundance of studies has provided some clarity. According to Angela Caliendo, MD, PhD, FIDSA, professor and executive vice chair of the Department of Medicine at Brown University’s Alpert Medical School and the secretary of the board of directors at IDSA, rapid tests offer some advantages over standard molecular tests. They’re simple to perform and don’t require providers to have sophisticated lab training. They also don’t need to be batched.

The task force members evaluated rapid isothermal tests along with rapid PCR tests, and found just 1 brand of isothermal test that had been tested enough to allow them to make a recommendation. “Our suggestion was that you could either use these rapid PCR tests or you could use a standard laboratory-based test, and that was our preference over the rapid isothermal,” Caliendo said. “We had enough studies in both of these categories, and it was very clear that the rapid PCR test performed just as [well] as the laboratory-based test. It had a very high sensitivity—97% was the average—and a very high specificity.”

The isothermal rapid test the team looked at had a sensitivity of only about 80%, meaning more false negative results. According to Caliendo, laboratories need to consider the benefit of a fast test even if it might miss roughly 20% of positive cases. “There’s real value in having a test that’s 15 minutes, and the person is still there, and you have the test result and you can educate them about the result,” she said. “[W]hen it’s positive you can explain to them they have to go into isolation, understand what’s going on in their household as far as with the people that they live with. That’s a very good thing.”

Because of the possibility of false negatives with the isothermal rapid test, the IDSA team now recommends it with the caveat that if a person has symptoms, and there’s a high suspicion of COVID-19 but the test result comes back negative, it’s important to use a backup rapid or lab-based PCR test.

The new guidelines also address the protocol for COVID-19 testing in asymptomatic patients preparing to receive immunosuppressive treatments such as chemotherapy, biological therapy or medication for autoimmune conditions. In pre-transplant patients, a COVID-19 test should be administered due to the high-risk nature of the procedure and the implications for hospital infection control.