Covid-19 and Paralysis of the Immune System

How can critically ill COVID-19 patients experience immune system “paralysis” when inflammatory processes are in overdrive? 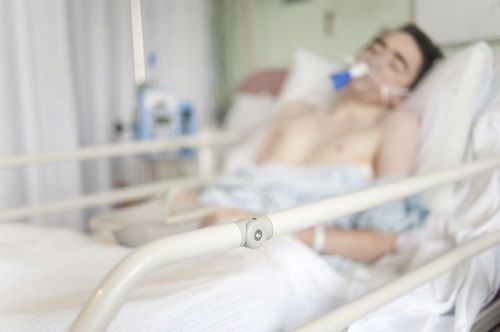 One of the mysteries of the novel coronavirus is why a minority of people—about 15%&mdash;who become infected suffer a severe course of the disease. A new study published in the journal Science sheds some light on the immune-system processes that occur in this subset of the population and may point the way toward better therapies in the future.

A team of investigators at Stanford University School of Medicine’s Institute for Immunity, Transplantation and Infection looked at 76 COVID-19 patients in Hong Kong and Atlanta, matching them with 69 healthy patients as controls. They discovered that patients suffering from severe COVID-19 had significantly enhanced levels of 3 different proteins, TNFSF14, S100A12, and oncostatin-M, in their systems.

“These molecules have shown to be associated with lung inflammation,” Prabhu Arunachalam, PhD, a postdoctoral research fellow at Stanford and co-author of the study, told Contagion®. TNFSF14 has been seen in fibrosis of lung tissue, while S100A12 is a marker of pulmonary damage and is associated with acute respiratory distress syndrome brought on by sepsis. Interestingly, TNFSF14 is found in COVID-19 patients but not patients suffering from other respiratory infections.

Although COVID-19 is a viral infection, Arunachalam noted that the team also discovered bacterial debris in the blood of people with severe COVID-19, which they theorize may be due to increased permeability of the lungs. “What we think is that this permeability of the mucosal surface of the lung…induces leakiness,” he said. This leakiness allows bacterial products to escape from the lungs—and possibly other areas such as the intestines&mdash;and into the bloodstream, where they promote an inflammatory response.

But what Arunachalam and his team also discovered is that despite having high levels of systemic inflammation, patients with severe COVID-19 paradoxically experienced what seemed to be a slowing or halting of the innate immune system, the part of the immune system that responds immediately and broadly to any perceived threat. “Despite such high inflammation as seen in the plasma, when we take blood…we find paralysis, even when we stimulate the cells,” he said. “We find them being less responsive than healthy controls.”

Arunachalam likened the lungs to a battlefield on which fighters are trying to de-escalate the violence that’s occurring. The blood cells in the lung are heavily inflamed, while the peripheral immune system tries to tamp down inflammation by halting activity. According to Arunachalam, this immune-response sluggishness may be a protective mechanism meant to prevent systemic imbalance and runaway levels of inflammation. “It’s difficult to maintain the homeostasis,” he said.

As far as why certain patients suffer drastically from COVID-19 while others have only a mild or asymptomatic illness, that remains an open question. “There’s something in [those] patients,” said Arunachalam. “[I]t could be the viral load [received] and not necessarily genetics.”

Whether or not this question is eventually answered, Arunachalam’s team is moving forward in the quest to help those laid low by the disease. Based on the results of this study, the scientists currently are conducting research on hamsters to gain a deeper understanding of the processes at play in the immune response and hopefully hit on new therapies for COVID-19.