The Chinese government approves trial for Sinovac's vaccine in these patient populations. 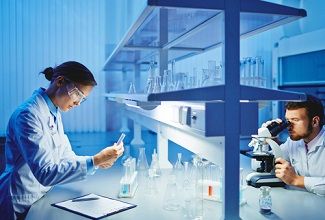 In recent weeks, the vaccine conversation has transitioned to the readiness of COVID-19 vaccines for children and adolescents. One of the Chinese companies who is developing a vaccine has made a step towards this goal.

Sinovac announced yesterday it had been approved to begin a phase1/2 Trial for adolescents and children for its CoronaVac vaccine. This investigational vaccine is already in phase 1/I2 clinical trial for adults.

Back on September 10, the company reported positive data from that trial. The vaccine showed it was safe and showed an immune response. The vaccine was well tolerated across low, medium, and high dosages and there were no reports of any serious adverse events.

This new trial is a randomized, double-blinded, and placebo-controlled trial among adolescents and children between the ages of 3-17 years old was approved by the Ethics Committee of the Hebei Provincial CDC.

In this trial, there will be an administration of a low dosage (300SU/dose) and medium dosage (600SU/dose) vaccines, with a 2-dose immunization scheduled at 28-day intervals.

Sinovac has accelerated its vaccine development against the rapid spread of the coronavirus, so as to maximize the safety and health of citizens in China and other select countries around the world. And in recent weeks, the company and countries it is working with have moved swiftly with developments.

Back in the summer, a phase 3 trial was announced in Brazil in conjunction with Instituto Butantan. There were plans to enroll 9000 patients in the health care industry for that study.

On August 11, it was reported a phase 3 trial was being launched in Indonesia. They also reported that in a phase 2 study the vaccine appeared to be safe and induced detectable antibody-based immune responses.

On August 31, according to Reuters the company received emergency use approval for its vaccine under a program in China to vaccinate high-risk groups.

Earlier this month, it was reported by Reuters that Sinovac had vaccinated 90% of its employees and their family members under the country's emergency use program.