About 1 in 5 patients with bloodstream infections received discordant empirical antibiotic therapy, increasing their risk of mortality independent of sepsis or septic shock, a new study found. 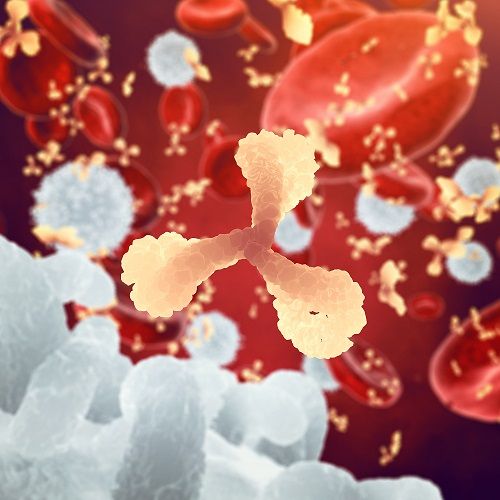 Receiving discordant empirical antibiotic therapy was independently associated with increased risk of mortality in patients with bloodstream infections, according to a new study from the National Institutes of Health.

The retrospective cohort analysis, published in The Lancet Infectious Diseases, was the largest of its kind to date, analyzing electronic health record data for 21,608 patients with bloodstream infections at 131 US hospitals. About 1 in 5 (4,165, 19%) received discordant empirical antibiotic therapy that was not active in vitro against the bloodstream pathogen and had an increased risk of mortality (adjusted odds ratio 1.46 [95% CI, 1.28-1.66]; p<0·0001) independent of sepsis or septic shock.

“A major concern is that this type of discordant empiric therapy appeared to be comparably prevalent across all hospital types, irrespective of the bed capacity, teaching status, urbanicity, geographic region, or baseline prevalence of resistance in the hospital,” lead author Sameer S. Kadri, MD, MS, head of the Clinical Epidemiology Section, Critical Care Medicine, NIH Clinical Center told Contagion®. “This finding has an important policy implication. It indicates that rather than focusing on specific ‘problem’ hospital types, the efforts to optimize prescribing will need to be widely implemented on a national scale.”

Infection with antibiotic-resistant pathogens predicted receipt of discordant empirical antibiotic therapy (adjusted odds ratio 9.09 [95% CI 7.68-10.76]; p<0.0001). However, about half of those who received discordant therapy weren’t infected with resistant pathogens. Investigators were surprised to see increased mortality associated with discordant empirical therapy even among patients infected with antibiotic-susceptible pathogens, which were 4 times more common in this study, and without sepsis or septic shock.

“Often not the focus of antibiotic resistance and sepsis stakeholders, this rather large group represents an actionable population in whom optimization of empiric antibiotic therapy could save many lives,” Kadri said.

“We were also surprised by the fact that species that tend to harbor high levels of intrinsic resistance (e.g. Stenotrophomonas maltophilia and Enterococcus faecium) in fact represented only 3% of instances of discordant empirical therapy. On the other hand, Staphylococcus aureus and Enterobacterales (by virtue of being much more common causes of bloodstream infection) were responsible for three-quarters of discordant empirical therapy instances and associated deaths,” Kadri said. “This means that if clinicians are provided with rapid and easily-interpretable point-of-care molecular diagnostic tests for detecting bloodstream pathogens (especially Staphylococcus aureus and Enterobacterales) and their resistance traits, these tests might mitigate the need for clinicians to apply disconcerting guesswork to empiric antibiotic choices that dictate whether someone lives or dies.”

Efforts to improve antibiotic therapy under the U.S. National Action Plan to Combat Antibiotic-Resistant Bacteria have included wider implementation of antibiotic stewardship programs, research and development of rapid diagnostics, and development and approval of new antibiotics that target resistant pathogens.

“It will be critical to understand whether and how the burden and impact of discordant empiric antibiotic choices has changed in response to these monumental policy changes and the humbling pandemic,” Kadri said.

“With so many potential factors at play, it behooves us to closely track whether efforts and resources concentrated towards optimizing empiric antibiotic use are working, and more importantly, whether they are continuing to save lives,” Kadri said.

Diagnostic stewardship is emerging as a new concept for improving management of bacterial infections. A recent report called for collaboration between antimicrobial stewardship programs and clinical microbiology laboratories to improve interventions.

Another recent report examined how vertical infection prevention efforts, which are targeted to specific drugs and disease states, can enhance antimicrobial steward&shy;ship programs.