Study of Heartland virus in lone star ticks in Georgia adds to evidence of how it evolves, spreads geographically, and causes disease. 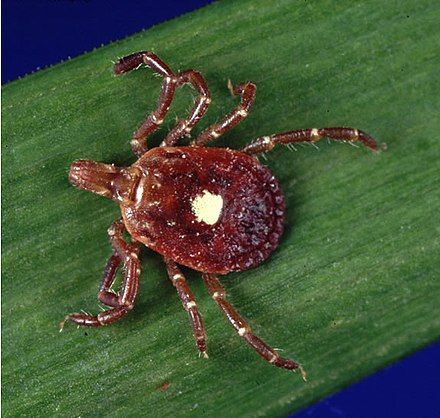 The Heartland virus has been found in lone star ticks (A. americanum) in several counties in Georgia by investigators at Emory University, adding to evidence of the circulation and active transmission of this phlebovirus to animals and humans.

“Heartland is an emerging infectious disease that is not well understood,” said study senior author, Gonzalo Vasquez-Prokopec, PhD, Department of Environmental Sciences, Emory University, Atlanta, GA, in a statement released on publication of the study. “We’re trying to get ahead of this virus by learning everything that we can about it before it potentially becomes a bigger problem.”

The ecology and natural history of the Heartland virus (HRTV) remain largely unknown, according to Vasquez-Prokopec and colleagues. It was isolated from the initial index cases in Missouri and from ticks collected at nearby sites in 2009; and antibodies reactive to HRTV have been found in various wildlife species in geographic areas corresponding to the tick habitat. The virus has subsequently been implicated for disease in humans in Missouri, Kansas, Oklahoma, Arkansas, Iowa, Illinois Tennessee, Indiana, Georgia and South Carolina.

The approximate 50 cases reported since 2009 are likely to be an undercount, as the disease is not generally recognized, and tests for the virus are not commonly ordered. The symptoms are similar to other tick-borne diseases, and can include high fever, diarrhea, muscle pain, low white blood cell and platelet counts. It can be severe enough to require hospitalization, and has been fatal in some individuals with co-morbidities.

Retrospective identification of Heartland virus RNA in a resident of Georgia who had died in 2005 from a then unexplained illness, in addition to serologic evidence of the virus infecting white-tailed deer in that region, prompted the investigators to ascertain prevalence and distribution of the virus by the lone star tick, its known vector and the most common tick in Georgia.

In their study Vasquez-Prokopec and colleagues collected both host-seeking adult and nymphal ticks (by brushing white flannel flags across foliage) in 3 areas of rural landscape near the Piedmont National Wildlife Refuge. In weekly collection outings between April and October in 2018 and 2019, the investigators collected nearly 10,000 specimens. They found that about 1 out of every 2000 specimens carried the Heartland virus, which was detected in both adults and nymph samples.

The genomes of 3 collected viral samples were similar, but substantially different from samples that have been collected from regions outside Georgia. The difference could reflect two possibilities, according to Vasquez-Prokopec.

“These results suggest that the virus may be evolving very rapidly in different geographic locations, or that it may be circulating primarily in isolated areas and not dispersing quickly between those areas,” he posited.

Their methodology served to demonstrate the feasibility of sequencing HRTV genomes directly from tick samples which, the investigators point out, enables the critical step of molecular characterization in understanding the diversity, evolution and pathogenesis of the virus.

“We want to start filling in the huge gaps in knowledge of the transmission cycle for Heartland virus,” Vazqjuez-Prokopec said. “We need to better understand the key actors that transmit the virus and any environmental factors that may help it to persist within different habitats.”