Tafenoquine is the first single-dose medicine for the prevention of P vivax malaria relapse.

The US Food and Drug Administration (FDA) has approved, under Priority Review, GlaxoSmithKline (GSK)’s tafenoquine (Krintafel), which is the first single-dose medicine for the prevention of Plasmodium vivax (P vivax) malaria relapse in patients over the age of 16 years who are receiving antimalarial therapy. This is the first drug to be approved for the treatment of P vivax in over 60 years.

“[The] approval of Krintafel, the first new treatment for Plasmodium vivax malaria in over 60 years, is a significant milestone for people living with this type of relapsing malaria.” Hal Barron, MD, chief scientific officer and president of research and development of GSK, said in the announcement, “Together with our partner, Medicines for Malaria Venture (MMV), we believe Krintafel will be an important medicine for patients with malaria and contribute to the ongoing effort to eradicate this disease.”

Tafenoquine is an 8-aminoquinoline derivative with activity against all stages of the P vivax lifecycle, including hypnozoites. It was first synthesized by scientists at the Walter Reed Army Institute of Research in 1978, and in 2008, GSK entered into a collaboration with MMV, to develop tafenoquine as an anti-relapse medicine.

After an infected mosquito bite, the P vivax parasite infects the blood and causes an acute malaria episode and can also lie dormant in the liver (in a form known as hypnozoite) from where it periodically reactivates to cause relapses, which can occur weeks, months, or years after the onset of the initial infection. The dormant liver forms cannot be readily treated with most anti-malarial treatments. Primaquine, an 8-aminoquinolone, has been the only FDA-approved medicine that targeted the dormant liver stage to prevent relapse; however, effectiveness only occurs after 14 days and the treatment has shown to have poor compliance.

“The US FDA’s approval of Krintafel is a major milestone and a significant contribution towards global efforts to eradicate malaria,” commented David Reddy, PhD, chief executive officer of MMV in a recent statement, “The world has waited decades for a new medicine to counter P vivax malaria relapse. Today, we can say the wait is over. Moreover, as the first ever single-dose for this indication, Krintafel will help improve patient compliance.”

Approval for tafenoquine was granted based on the efficacy and safety data gleaned from a comprehensive global clinical development program for P vivax prevention of relapse which has been designed by GSK and MMV in agreement with the FDA. The program consisted of 13 studies assessing the safety of a 300 mg single-dose of tafenoquine, including 3 double-blind studies referred to as DETECTIVE Parts 1 and 2 and GATHER.

With the approval of tafenoquine, GSK has also been awarded a tropical disease priority review voucher by the FDA. Additionally, GSK is waiting for a decision from Australian Therapeutics Good Administration regarding the regulatory submission for the drug.

P vivax malaria has caused around 8.5 million clinical infections each year, primarily in South Asia, South-East Asia, Latin America, and the Horn of Africa, a peninsula in East Africa. Symptoms include fever, chills, vomiting, malaise, headache and muscle pain, and can lead to death in severe cases. 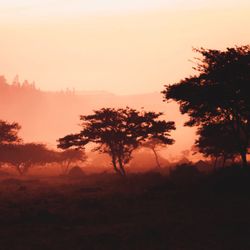