First-Time Blood Donors: Has the Incidence of HIV Changed With New FDA Rules?

Now that men who have sex with men can donate blood after a 3-month waiting period, it’s important to determine whether the rule change is likely to increase the risk of HIV in the blood supply. 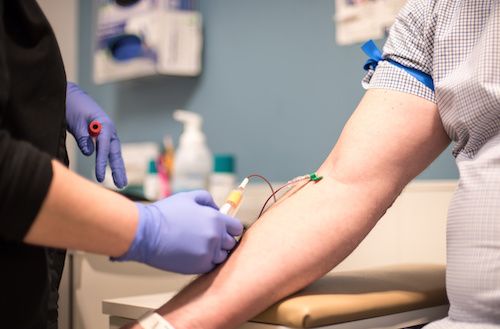 In April of 2020, the FDA changed its guidance again so that men could donate blood 3 months after their last same-sex encounter.

To determine whether HIV showed up in the blood of first-time donors at a higher rate after the 12-month deferral period was implemented, a team of investigators at the University of California San Francisco (UCSF) worked with experts from the Transfusion-Transmissible Infections Monitoring System (TTIMS), a program funded by the FDA, National Institutes of Health, and the Office of the Assistant Secretary of Health in the Department of Health and Human Services and which was designed to oversee the safety of the national blood supply. The scientists examined data on blood donations collected by 4 major organizations, from 15 months before the new deferral policy went into effect to 2 years afterward.

“These results indicate that the change from an indefinite deferral to a 12-month deterred after last MSM sex did not result in a statistically significant increase in HIV incidence or in associated residual transfusion risk from first-time donors,” the authors wrote. “This is in line with findings from other industrialized countries in which reduced deferral periods have been implemented.”

While the Blood study showed no evidence that first-time donors who gave blood after the 12-month deferral was instituted were more likely to be infected with HIV than those who donated previously, it did highlight significant discrepancies among subjects when it came to race, age, and geographical location. This held true in the time periods both before and after the guidelines were changed to reflect a 12-month deferral.

The highest rates of HIV occurred in blood donors between the ages of 25 and 39, in black subjects, and in those who live in the south. The number of positive cases in the South was particularly striking, with more occurring there than in all other areas of the U.S. combined. The findings “are consistent with earlier findings and point to systemic health disparities that warrant intensified HIV prevention, testing, and treatment efforts,” according to the authors.

“These donations have the potential to lead to TT-HIV if viremia and antibody levels are sufficiently low to be undetectable by the assays used to screen blood,” the authors wrote. “Identification of ARVs and PrEP in blood donations prompt the need for further investigation to assess the extent of risk to blood recipients.” PrEP drugs were found in the blood of 0.6% of HIV-negative donors, potentially exposing transfusion recipients to medications that can have serious side effects.