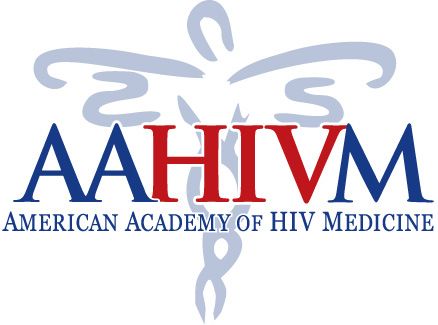 How 1 provider is training medical peers to offer PrEP education and prescribe it.

The city of Bridgeport, CT, has seen a great reduction in HIV incidence rates and one of its medical centers, The Southwest Community Health Center, has been steeped in HIV care and prevention with its adoption of the Ryan White HIV/AIDS Program and its PrEP counseling services. Southwest has 6 medical practices throughout Bridgeport and has an intimate understanding of the city’s citizens as it sees hundreds of patients on a daily basis.

Bridgeport is the largest city in Connecticut. It is a historic seaport city at the mouth of the Pequonnock River on Long Island Sound. The city is in the southwest portion of the state and only 40 miles from New York City. It was once an industrial manufacturing hub in the 20th century and experienced challenging times in the latter part of that century. In recent years, Bridgeport has been creating projects to redevelop and rejuvenate the city.

The city’s health care as it relates to HIV care has been a shining example of a grassroots approach that can spark positive outcomes. The area has seen a reduction in the number of HIV cases diagnosed, and also has a high percentage of people who have engaged in care for HIV.

The Bridgeport-Stamford-Norwalk metropolitan areas reported 83 new cases of HIV per 100,000 people in 2016, and saw a decrease in new cases with just 41 people being diagnosed in 2019. This reduction has been the greatest in a metropolitan American city being studied, according to AIDSVu.

In addition, 92.7% of people had a visit with an HIV health care provider within one month of being diagnosed with HIV and 80.3% of people diagnosed HIV who have received medical care for HIV.

Spinner makes the distinction about access and how it falls differently along racial lines. He says that although the majority of the patients he sees are Black or Latinx, more White patients are initiating PrEP.

Underutilization of PrEP has been a major issue, and Spinner says he would like to see more primary care providers engaging in conversations with patients about their sexual health.

In many medical settings, there might be just 1 PrEP prescriber, which means there are lost opportunities to engage many more patients in counseling on this form of HIV prevention, according to Spinner.

At Spinner’s center, they not only have a PrEP navigator to help with these conversations and get the right candidates into the treatment funnel, but there are providers across specialities at Southwest who are having PrEP conversations with patients and prescribing the therapy as well.

“One of the things I’ve really focused on is offering numerous trainings to my colleagues in primary care in my community health center, so I am no longer the sole prescriber of PrEP.

In terms of which patients should be considered for PrEP conversations, Spinner says it's about picking up on clinical cues.

“One of the things I try to impress upon all the prescribers is that patients come in and don’t necessarily even know PrEP is something that they want, but patients give us cues,” Spinner said.

Some of these clinical cues might include patients who want to be tested for HIV or sexually transmitted infections, according to Spinner. “If we don’t pick up on that [the cues] then we miss potentially an opportunity to really identify somebody’s risk.”

Contagion spoke to Spinner about his conversations with patients around PrEP, his involvement in the American Academy of HIV Medicine organization, how telemedicine can play a role in PrEP counseling, and how medical peers can further embrace PrEP.