Healthcare-Associated Infections Are Being Used to Highlight Poor Administration Practices

Saskia v. Popescu, PhD, MPH, MA, CIC, is a hospital epidemiologist and infection preventionist. During her work as an infection preventionist, she performed surveillance for infectious diseases, preparedness, and Ebola-response practices. She holds a doctorate in Biodefense from George Mason University where her research focuses on the role of infection prevention in facilitating global health security efforts. She is certified in Infection Control and has worked in both pediatric and adult acute care facilities.

Healthcare-associated infections (HAIs) pose unique challenges for infection prevention efforts. Because patient care is complex and involves many different individuals, it’s not surprising that infections occur; however, there are general prevention efforts that can reduce the risk significantly. The rub is that these practices need to be carried out effectively, and that requires training and education for all personnel as well as adequate staffing to carry out the prevention measures. Some health care workers are now citing deficiencies in one or all those requirements as leading to an increase in HAIs and ultimately unsafe work environments.

Earlier this year, members of Service Employees International Union-United Healthcare Workers West (SEIU-UHW) at Stanford Healthcare utilized an increase in HAIs to highlight an unsafe work environment. Drawing attention to the financial penalties the hospital received because of the high prevalence of HAIs, the workers cited inadequate training and unrealistic turn-around-time for infection prevention tasks as the cause for the high rates of infections. Coupled with their personal safety concerns, the workers used the penalties and HAIs to call upon the Stanford Healthcare administration and demand better processes and safer environments for patients and employees.

Recently, workers at Pomona Valley Medical Center in Pomona, California, expressed similar concerns over a surge in HAIs at their institution. They cited administrative failures to ensure proper training and adequate staffing as ultimately resulting in high HAIs.

How did the situation at Pomona Valley Medical Center unfold?

Because the state of California requires public reporting of hospital HAIs, it is easy to find information on the number of reported cases through the California Department of Public Health’s website or the data on Medicare’s Hospital Compare website. High rates of hospital-onset Clostridium difficile (C. difficile) infection (HO-CDI) rates drew the attention of the health care workers.

How high were the infection rates? Pomona Valley Medical Center had 122 cases of HO-CDI in 2016, which was not only 30% higher than the previous year, but also worse than the national benchmark. The predicted number of infections for C. difficile infections at Pomona (per Centers for Disease Control and Prevention (CDC) calculations based on variables such as the kind of hospital, patient populations, etc.) was 68.67. The number of infections that occurred at Pomona was almost double the expected amount. Employees used these statistics to underscore their claims of poor support and training from hospital administration and inadequate staffing.

Interestingly, few reports called attention to the cases of catheter-associated urinary tract infections (CAUTIs) that occurred at Pomona in the past year. The hospital reported 19 CAUTIs in 2016—double the predicted number of 9.46 and significantly higher than the national benchmark.

Sadly, these statistics are not unusual and many hospitals across the United States would also have failures in 1 or more categories of HAIs. What is interesting though, is the increasing use of HAI data and hospital penalties as an indicator by unions and employees to highlight subpar working environments.

Patients have had the ability to “shop” around for hospitals with the fewest complications and HAIs through the Centers for Medicare & Medicaid Services (CMS) Hospital Compare website.

However, the data is only as good as what is reported, and the HAIs listed are only a handful of those that exist as they are the ones tied to Medicare reimbursement. This means that users are only getting a small glimpse at the true rate of all HAIs that can occur. Still, it will be interesting to learn if employee use of this limited data to raise concerns about patient and employee safety will influence hospital behavior to better invest in infection prevention and control efforts. Only time will tell. 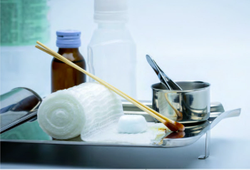 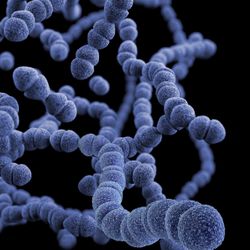 Is There a Better β-Lactam for Viridans Group Streptococci? 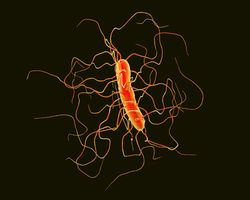