A new analysis reports that 1 in 4 infants with bronchiolitis was given an antibiotic despite the fact that 70% of patients did not meet prescribing recommendations set by the American Academy of Pediatrics.

In 2006 the American Academy of Pediatrics issued guidelines warning against antibiotic treatment of bronchiolitis in children who did not have a bacterial coinfection. Now, a new analysis has determined that 1 in 4 infants with bronchiolitis was given an antibiotic in the emergency department between 2007 and 2015, despite the fact that 70% of patients did not have a bacterial co-infection.

Acute viral bronchiolitis is the most common lower respiratory tract infection among children under the age of 2 years and the leading cause of hospitalization of infants under the age of 1 year.

Antibiotic overuse in children with bronchiolitis can contribute to bacterial resistance, increased health care costs, and a higher risk of adverse events. To assess compliance with the guidelines, a team of investigators set out to determine factors associated with inappropriate antibiotic use and pertaining to specific antibiotic classes. Results of the analysis were published in the Journal of Pediatric Infectious Diseases Society. 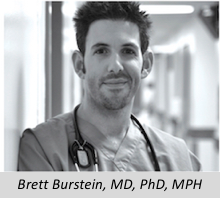 “[The] guidelines of the American Academy of Pediatrics, first published in 2006 and reiterated in 2013, recommend against the use of antibiotics for [bronchiolitis],” Brett Burstein, MD, PhD, MPH, of the Montreal Children's Hospital and McGill University Health Centre and a senior author of the study, told Contagion®. “Despite these recommendations, we found that a high proportion of infants diagnosed with bronchiolitis with no other documented infections were treated with antibiotics, and that rates of antibiotic use did not decrease significantly in the decade following guidelines.”

Following the release of the guidelines, the investigators performed a longitudinal evaluation of the proportion of infants diagnosed with bronchiolitis in US emergency departments who were prescribed antibiotics between 2007 and 2015.

The data were collected from the National Hospital Ambulatory Medical Care Survey, which is an annual representative survey conducted by the National Center for Health Statistics.

A total of 612 patients under the age of 2 presented to the hospital with bronchiolitis, representing an estimated 2.92 million ED visits for the lung infection during the 9-year study period.

In terms of antibiotic classes, penicillins (37.9%) and macrolides (37.7%) were the most commonly prescribed classes of antibiotics. Macrolides are rarely indicated in young children due to the broad spectrum of activity, adverse-effect profile, pharmacokinetic/pharmacodynamic considerations, and bacterial resistance

“A surprising finding in this study [is that] among infants receiving antibiotics, macrocodes were prescribed frequently, antibiotics which are rarely first-line therapy for any indication in this age group,” Dr. Burstein said. “So in addition to overprescribing, inappropriate antibiotic selection must be addressed.”

Through the use of multivariable logical regression analysis, the investigators determined that the factors that correlated significantly with increased antibiotic use included age of the patient—in this case, between the ages of 12 and 23 months&mdash;the use of radiology, and treatment in a nonteaching or nonpediatric hospital.

The authors suggest that nonteaching or nonpediatric facilities could benefit from interventions regarding inappropriate prescribing for bronchiolitis.

“Targeted interventions are necessary to translate these guidelines into practice, particularly among non-academic hospitals where most infants with bronchiolitis are evaluated, and where the use of antibiotics was found to be higher,” Dr. Burstein concluded.

Dr. Burstein also noted that this study is a secondary analysis of a recent and closely related publication in JAMA from October.