Infectious Diseases and Transplantation&mdash;A Look Ahead

A Meet-the-Professor session at ID Week 2018 held in San Francisco, California, took a look at the infectious disease risks posed by transplantation and what the future might have in store as the scope of transplantation expands.

Kimberley Hanson, MD, MHS, University of Utah School of Medicine, Salt Lake City, Utah, provided an overview of recent diagnostic innovations that are already, or will be, clinically applicable in transplantation. The progression beyond the growth-based detection of bacteria and viruses to the direct detection based on DNA or RNA is revolutionizing infectious disease scrutiny prior to transplantation. Highly multiplex polymerase chain reaction (PCR) and next-generation sequencing (NGS) allows the detection of microorganisms directly from tissue destined for transplantation. The molecular approach can also rapidly determine antimicrobial resistance, based on the presence of resistance-associated genes.

The use of multiplex PCR is being explored in 2 clinical trials (NCT01922024 and NCT03361670) that are assessing the approach in the detection of bacteria that cause lower respiratory tract infections. The results will hopefully resolve a conundrum of PCR, namely that all organisms are detected—not just the causative pathogens. Sorting out microorganisms that naturally reside in the locale of the tissue or have contaminated that site from actual disease-causing microbes is a current challenge.

NGS that targets specific genes (tNGS) or examines the entire genome (metagenomic NGS, mNGS) has shown promise in differentiating pathogens from colonizers in the total microbial population of the lung, as well as for detecting resistance-associated mutations in cytomegalovirus (CMV). An intriguing and still-unresolved issue is whether the earlier detection of minor variants of CMV—which is possible—could be used to predict failure of transplantation due to CMV contamination.

The T2Biosystem molecular detection panels enable the detection of resistance genes of Candida and gram-negative bacteria directly from blood. The systems have not yet been approved by the US Food and Drug Administration (FDA). The Verigene gram-negative blood culture test has received FDA clearance; it is capable of detecting carbapenem-resistant Enterobacteriaceae. The FilmArray® blood culture panel can specifically detect Klebsiella pneumoniae carbapenemase.

Another novel diagnostic system can rapidly determine antibiotic susceptibility by capturing organisms on a support courtesy of an electrical charge and then uses fluorescence in situ hybridization technology to identify bacteria. Antibiotic susceptibility can then be ascertained within a working day using multivariate logistic regression. Tests have demonstrated accuracies of 95% to 98% for β-lactam and carbapenem-resistant isolates, and for Pseudomonas spp. Still, other technologies have been developed and are in the approval pipeline.

“Multiplex and targeted PCR are important first-line tests. mNGS has a role when more rapid targeted testing proves negative. tNGS is useful for antiviral resistance with its capacity to report minor variants,” Dr. Hanson said. “Looking forward, the role of host biomarkers and/or the immune response will be important to explore.”

“When confronted with a transplant recipient with an active infection, is the solution as simple as reducing immunosuppression? Not likely. There is a balance that needs to be maintained between infection control and graft retention,” Dr. Fishman said. Furthermore, the risk for infection may not be related just to the microbial situation at the present time. Prior exposures to pathogens that triggered immune responses, as well as latent infections that have escaped immune surveillance, probably influence the body’s response to a current transplantation.

“The take-home message is that the approach to immunosuppressed patients with infectious syndromes must be considered in the context of the specific organism or organisms and the immunosuppressive regimen being used, as well as the risk for graft rejection,” Dr. Fishman opined.

Other factors that are influential, include integrity of the mucocutaneous barrier (which can be compromised by catheters), disruption of the microbiome, altered colonization patterns (such as occurs in Clostridium difficile infections), neutropenia, lymphopenia, underlying immune deficiency due to a raft of conditions that include alcoholism, diabetes, chronic obstructive pulmonary disease, and age, and viral coinfection.

Immune function relative to infection and grafts cannot yet be determined in a patient. This is, in part, because many aspects of allograft injury remain unclear. However, progress has been made in unraveling the complexities of the immune function and the glass is half-full, rather than half-empty.

The signals required for the activation of T cells—a cell that is a linchpin of the immune response—have been deduced, as have the mechanisms of T cell-mediated immunosuppression. This knowledge has spurred the development of monoclonal antibodies and the discovery of compounds specific for the various crucial immune-related targets. Other molecules that are influential in the immune response have been identified. B cells, mammalian target of rapamycin, and interleukin-6 are only three of a great many examples.

These and many other discoveries have brought about immunotherapy, where the immune response is harnessed to combat the microorganism of concern. One success has been the use of everolimus to reduce CMV infection in kidney transplant recipients.

Other avenues are being pursued in an effort to maintain the aforementioned balance between immune activity and immune suppression that is the key to transplant success. But, as emphasized by Dr. Fishman, always remember that infection is a risk factor for allograft dysfunction. “When confronted with a transplant recipient with active infection, immune reductions can be made carefully consistent with the effects of each agent.”

As discussed by Timothy Pruett, MD, University of Minnesota, Minneapolis, transplants not contemplated a decade or so ago are now being done. These include the face, hand, uterus, penis, larynx, and abdominal wall transplants. Xenotransplants are not here yet, but they are coming.

Transplants are complex, messy, and take time. All these factors predispose patients to surgical site infections. “Things that leak or don’t heal get infected,” Dr. Pruett said. As well, immunosuppression or other drug-related immune dysfunction can pave the way for infections by, as a few examples, CMV, Epstein-Barr virus, herpesvirus, Mycobacterium, and fungus.

The burgeoning emphasis on vascularized composite allotransplantation (VCA) featuring non-living donors has opened the door for the contamination of the transplanted tissue by multidrug-resistant organisms. “While VCA is relatively infrequent, anticipate unique problems with time,” Dr. Pruett cautioned. The use of donor tissue from intensive care unit (ICU) patients presents another problem since ICUs are typically the home of antibiotic-resistant bacteria.

When it came to xenografts, porcine endogenous retroviruses were once a great worry. Advances in their detection have eased concern that they would be introduced into the transplant recipient. A concern that remains paramount is the biology of the herd from which the tissue is obtained. Furthermore, the impact of multidrug-resistant organisms and the donor microbiome are unclear. “It’s a brave new world. Be suspicious,” Dr. Pruett commented.

Finally, vascularized chimeric tissue is another novel approach. Here, allograft tissue that is transplanted into the host vascularizes and melds with the host tissue. “This approach should have an infectious risk profile similar to the use of biologic tissue in surgical procedures and possibly even less so than xenografts used in reparative procedures,” Dr. Pruett said.

Symposium: The Future of Transplant ID: Novel Diagnostics and Therapeutics

Brian Hoyle, PhD, is a medical and science writer and editor from Halifax, Nova Scotia, Canada. He has been a full-time freelance writer/editor for over 15 years. Prior to that, he was a research microbiologist and lab manager of a provincial government water testing lab. He can be reached at hoyle@square-rainbow.com. 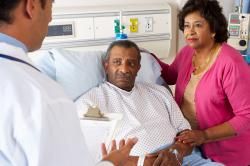 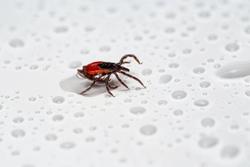 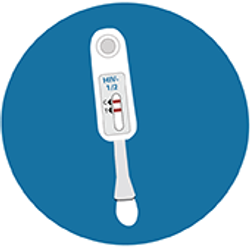