An investigative maternal vaccine for respiratory syncytial virus (RSV) could soon alter the scope of care for the condition, which is the most common cause of bronchiolitis and pneumonia in children younger than 1 year in the US.

The state of maternal immunization is much different now than from when Gregory M. Glenn, MD, first started in health care. It was widely studied and assessed, but still not as practiced in pregnant women.

Now, Glenn, president of Research & Development for Novavax Inc., and his teams of investigators are at the cusp of revolutionary development for maternal vaccines.

The Maryland-based clinical-stage vaccine company intends to share data in the following weeks on its first clinical trial of an investigative respiratory syncytial virus (RSV) vaccine in third-trimester pregnant women. Its findings and eventual successive studies could alter the scope of care for RSV, the most common cause of bronchiolitis and pneumonia in children younger than 1 year in the US. 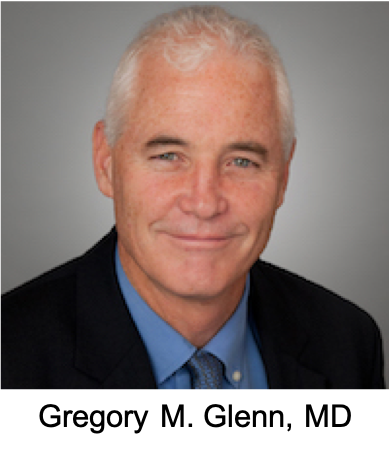 The trial—which has been ongoing for 4 years and has assessed the potential vaccine in about 3000 treatment-eligible pregnant subjects in that time&mdash;has been carried out by teams comprising RSV, vaccination, and maternity-care specialists across 11 countries. “This is an incredible number of people working on a trial,” Glenn told MD Magazine®. “And because they’re on the front line, they are extremely excited at the prospect of having a vaccine for infants.”

Glenn also noted at least 1 other party’s particular interest in the development of an RSV vaccine: the Bill & Melinda Gates Foundation granted $89 million to the outside costs of the trial in 2015.

If the phase 3 results indicate the Novavax vaccine was capable of reaching its primary endpoint—reduced incidence of medically significant RSV lower respiratory tract infection (LRTI) with either hypoxemia or tachypnea in infants through 90 days of life&mdash;and key secondary endpoints, it could eventually become the first US Food and Drug Administration (FDA) approved RSV vaccine indicated for infants.

Investigator Pedro A. Piedra, MD, a professor in the Department of Molecular Virology and Microbiology, and Pediatrics at Baylor College of Medicine, explained to MD Magazine® that the international focus of the study was for good purpose—RSV is recognized by the World Health Organization (WHO) as causing significant morbidity and mortality risk in children 5 years and younger, with no vaccines available.

“Children most at risk are under 6 months of age,” Piedra said. “But to target them with vaccination becomes very difficult. We often think about giving children vaccines at 2 to 6 months. This leaves the concept of maternal immunization.”

Investigators randomized pregnant women aged 18 to 40 years 2:1 to receive vaccine or placebo, respectively. Though no data pertaining to the vaccine’s efficacy is yet available, investigators have received some indication of its safety and tolerability. Glenn noted that an FDA-approved safety data monitoring board was granted unblinded observation of the frequently-updated trial results.

Since starting the study, the Novavax team received no notification of unsafe events that would require them to suspend or prematurely end the study. Piedra emphasized this observation spanned the entire four-year duration, as that is how long it took the investigators to fulfill patient participation standards.

“One always has to be cautious, but I’m cautiously optimistic that the vaccine will meet its primary outcome,” Piedra said. 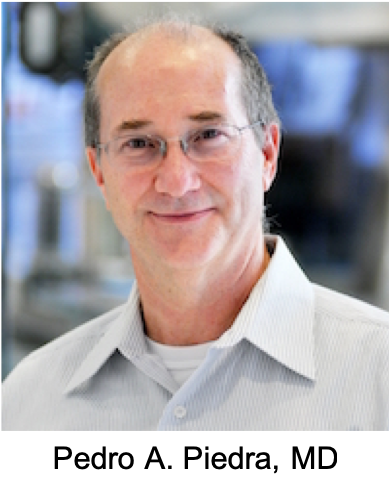 Piedra noted alternative therapies for pediatric RSV are limited. Monoclonal antibodies with extended half-life has shown capability to protect infants from maternal birth through early childhood, yet carry a greater market price and risk of safety than a vaccine would. There’s also something to be said for a vaccine’s potential as a widespread, long-term influencer in pediatric pulmonary health.

“It’s important to understand RSV is a global pathogen,” Piedra explained. “The majority of deaths occur in low-resourced countries, but it’s the number 1 cause of hospitalization in children under the age of 1 in US. It’s also associated with increased asthma risk within a patient’s first decade of life.”

It would be interesting, he suggested, to see the both the acute and long-term impacts of a vaccination down the road.

Glenn recalled a time when the majority of infants and young children in the intensive care unit could have been practically split by 2 specialties: gastroenterology, and pulmonary. The former is no longer a driver of pediatric disease; the development of a rotavirus vaccine resolved many issues in the field. He projects a similar outcome with a capable RSV vaccine.

“From a biotech standpoint, it’s got to be one of the biggest pieces of news this year, just because of the impact,” Glenn said.

Beyond a November 2017 futility analysis allowed by the FDA, Glenn, Piedra and the investigators are not aware to any impeding outcome data. But there’s optimism, due to previous results, interim discussion, and possibly the scale of the trial itself.