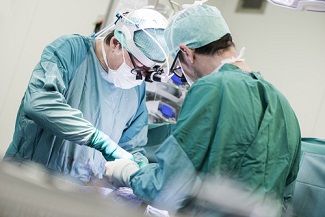 Five-year survival rates after kidney transplantation were found to be the same whether the donors had been hepatitis C virus (HCV) positive or negative, prompting investigators to call for reexamining the HCV "penalty" in the Kidney Donor Profile Index (KDPI) ranking of suitability for transplant.

"The KDPI, adjusted for other characteristics, rates kidneys from donors with HCV as worse than otherwise similar kidneys. We believe that our data do not support the KDPI's rating system," Peter Reese, MD, PhD, Renal-Electrolyte and Hypertension Division, Perelman School of Medicine, University of Pennsylvania, Philadelphia, PA, told Contagion.

Reese and colleagues attribute application of direct-acting antivirals (DAAs), available since 2016, for not only sparing HCV viremic kidneys from being discarded rather than available for transplantation, but for the recipients faring as well as those with HCV negative organs.

"This study and others suggest that many patients on the transplant waiting list should weigh the option of transplant with an HCV-RNA-positive donor kidney," Reese and colleagues advise.

The investigators conducted a retrospective US-based cohort study of the survival rates of deceased adult donor kidney recipients from July 2016 through December 2021. The cohort was drawn from the Organ Procurement and Transplantation Network data. The study excluded multi-organ recipients, HCV-antibody-positive or HCV-RNA-negative kidney recipients, and recipients of repeat transplants.

From a total of 45,827 deceased donors and 75,905 kidney recipients at 217 centers, 2551 HCVC-RNA-positive donors were identified. Overall, the median recipient age was 56 years; 34% were Black recipients, and 39% had diabetes. The median follow-up after transplant was 1.85 years.

The primary outcome measure of allograft failure was defined as the earliest of either death, repeat kidney transplant, or return to dialysis. These were consistent with the criteria in the original analysis of the KDPI, a quality score derived from an allograft survival model and applied to deceased donor kidney during organ allocation.

Possible contributing factors of allograft failure other than HCV status were analyzed in both recipient and donor. In the former, these included age, race, ethnicity, sex, presence of diabetes or malignancy, time undergoing dialysis, and time between placement on the waiting list and transplant.

The investigators point out that the KDPI was developed before the era of DAAs, when only interferon-based antiviral regimens were available. Given that survival rates have now been found to be the same regardless of donor HCV status, Reese and colleagues suggest that the KDPI should be reevaluated.

"These findings may provide a rationale for the transplant community to reexamine the KDPI's HCV penalty," they indicate.

The call to reexamine, rather than replace the KDPI was intentional, Reese explained to Contagion. "We were cautious in our recommendations about what should be done in terms of the KDPI because we recognize that our study is but one piece of data," he said.

A study published in the same week provides additional support for the suitability of HCV positive kidneys for transplantation. From a retrospective evaluation of 634 HCV-positive kidney donors and 71 HCV-negative matched controls, Reem Daloul, MD, Division of Nephrology, Kidney and Pancreas Transplant Program, Allegheny General Hospital, Pittsburgh, PA, and colleagues reported in Transplant Infectious Disease that HCV viremia was not associated with concurrent presence of either BK or cytomegalovirus.

"HCV-negative kidney transplant recipients who receive organs from HCV-viremic donors do not appear to be at increased risk for post-transplant viral complication when DAAs therapy is started within the first month after transplant," Daloul and colleagues concluded.