The African country was to be the third participant in a pilot program that would’ve inoculated 360,000 children against the mosquito-borne virus.

When it comes to availability of the malaria vaccine, the message from those spearheading its distribution is: better late than never.

As reported by the crowd-sourced news site HIVISASA.com on August 13th, a large-scale pilot program for the provision of the vaccine, called RTS,S (Mosquirix), to children scheduled to begin in Kenya on August 15th was postponed due to the nation’s annual “health summit” planned for that date. A new start date has not yet been set.

“It is really too early to [comment] as this is a temporary delay as far as I can tell,” an infectious disease specialist who has been involved in the efforts to eradicate malaria told Contagion®. The specialist requested anonymity as they were not authorized by their institution to speak publicly.

Kenya is actually the third African nation selected to participate in the pilot program—Malawi and Ghana launched similar initiatives in April—with the goal of vaccinating 360,000 children against the mosquito-borne virus. The World Health Organization (WHO) and several partner organizations are overseeing these efforts as part of the Malaria Vaccine Implementation Program (MVIP).

Unfortunately, the need for a viable prophylaxis is obvious, given the challenges posed by the disease. There were nearly 220 million cases of malaria in 2017, per WHO data, and more than 435,000 deaths were linked to the virus that year, the most recent for which statistics are available. More than 250,000 children die from malaria annually.

The WHO has set a goal of reducing malaria cases and deaths worldwide by 90% by 2030; however, a recent report issued by the international organization suggests development of new tools in the fight against the disease has slowed in recent years.

“To achieve a malaria-free world we must reinvigorate the drive to find the transformative strategies and tools that can be tailored to the local situation. Business as usual is not only slowing progress, but it is sending us backwards,” Marcel Tanner, PhD, chair of the WHO’s Strategic Advisory Group on Malaria Eradication, said in a statement.

Within that context, the news out of Kenya is hardly good, although an article posted by Daily Nation in Africa on August 25th suggests that the country has experienced a 47% reduction in malaria cases since 2015 thanks in part to the distribution of nearly 15 million mosquito nets. And, given its commitment to malaria eradication, investigators involved in the vaccine implementation efforts remain optimistic that the pilot program will be rescheduled—sooner, rather than later.

“Kenya plans to set the malaria vaccine introduction date as soon as the country’s National Vaccines and Immunization schedule allows for vaccine introduction,” W. Scott Gordon, ScD, director of the Malaria Vaccine Implementation Program at the Center for Vaccine Innovation and Access, PATH, a Seattle-based organization partnering with WHO on the malaria project, said. “Kenya…has been working to introduce a number of new vaccines this year, including the malaria vaccine. Their work includes efforts to prevent yellow fever, polio, and meningitis A in parts of the country [and] considerable work is required to prepare those efforts and schedule activities. At the same time, we know that preparations for the [MVIP] are at an advanced stage and that the country is looking forward to introducing the vaccine once all necessary programmatic and operational components are in place.”

According to Gordon, RTS,S has proven safe and effective in multiple large-scale clinical trials conducted between 2009 and 2014 in 7 African countries, including Kenya. The MVIP is making the shot available in selected regions of Kenya, Malawi, and Ghana “as part of their routine immunization programs,” he added.

“As with other new vaccine introductions, this phased or pilot introduction is providing the three countries with the opportunity to learn valuable lessons with a view to scaling up to all eligible populations,” Gordon continued. “The vaccine, where it is available, is part of the package of malaria prevention measures recommended by the WHO. When used with existing measures, such as bednets, the vaccine has the potential to save tens of thousands of young lives in Africa. Kenya’s Ministry of Health, the WHO, and partners, including PATH, are committed to ensuring that the malaria vaccine is introduced in Kenya as soon as possible.” 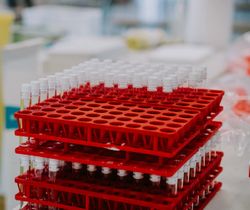 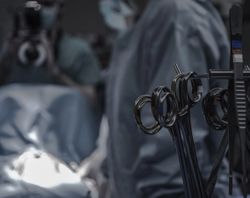