The burden of prostate, breast, and lung cancers among those living with HIV is expected to rise by 2030.

However, even as improved screening and risk-management approaches slowly reduce the incidence of cancer among those who are HIV-positive, various forms of the disease will continue to be a significant concern, at least according to the findings of an analysis performed by researchers at the National Cancer Institute (NCI) and published on May 8th by the journal Annals of Internal Medicine.

Indeed, their work suggests that cancers not previously associated with HIV/AIDS—so-called non-AIDS-defining cancers—such as prostate and lung cancers will be the most common cancers among those “aging with HIV” by 2030.

“The novel part of this study is that we extrapolated the cancer trends into the future, and our findings show that there will be a dramatic shift in the cancer burden over time among HIV-infected people,” study co-author Eric A. Engels, MD, MPH, Senior Investigator, Infections and Immunoepidemiology Branch at NCI, told Contagion®. “With declines in AIDS-defining cancers and the aging of the HIV population, in 2030 the most common cancers among people living with HIV will be prostate and lung cancers.”

Of course, historically, because they are immunocompromised, people with HIV have been at increased risk for some cancers compared to those in the general population. Still, in some cases, the incidence of some cancers associated with the virus, such as non-Hodgkin lymphoma and Kaposi’s sarcoma, at least in the United States, has seen marked reductions over the past decade or so, thanks to ART.

Using data from linked HIV and cancer registries, which were part of the HIV/AIDS Cancer Match Study, the NCI researchers attempted to estimate incidence rates for certain cancers among HIV-infected adults in the United States through 2030. They then applied their estimated rates to projections of the number of HIV-infected individuals in the country from the Centers for Disease Control and Prevention (CDC) to estimate the future cancer burden.

Given that the proportion of HIV-positive individuals 65 years of age and older is expected to be 21.4% by 2030, according to the CDC (up from 8.5% in 2010), the authors perhaps not surprisingly found that several types of cancer will be a significant “co-morbidity.” For example, the authors estimated the burden of lung cancer among US adults living with HIV will increase from 830 in 2010 to 1,030 in 2030; notably, the incidence of prostate cancer would more than double, from 750 in 2010 to 1,590 cases in 2030. While the incidence of Hodgkin lymphoma and anal cancer will decline, other cancers (oral, liver, and breast) will see significant increases in case numbers among HIV-positive adults, according to the authors’ projections.

They write that the findings of their analysis should shape future initiatives to improve cancer screening and implement risk mitigation strategies (i.e., prevention) among adults living with HIV.

“Although the total burden of cancer among [people living with HIV] is expected to decrease by 18%, cancer will remain an important comorbid condition, and tailored public health programs focused on cancer prevention, screening, and treatment… are needed,” the authors write.

“Current guidelines recommend that essentially all HIV-infected people should be on antiretroviral therapy,” Dr. Engels explained. “Antiretroviral therapy will reduce the risk of AIDS-defining cancers and may also reduce the risk for several other types of cancer in people living with HIV. Physicians should also counsel patients to quit smoking, provide treatment for chronic viral hepatitis, and offer cancer screening according to population guidelines." 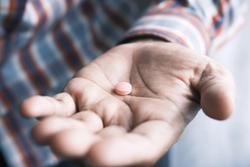 Clinical Outcomes of COVID-19-Infected Mothers and Their Newborns