Pneumoconiosis-Associated Deaths Continue to Decline in US

Deaths associated with pneumoconiosis fell 40% from 1999 to 2018, with the greatest decrease among coal workers cases, according to a new report.

Pneumoconiosis deaths continued to decline in the US through 2018, according to a recent analysis highlighted in the Centers for Disease Control and Prevention (CDC) Morbidity and Mortality Weekly Report.

The report found that occupational lung diseases caused by inhaling various dust particles declined from 2738 in 1999 to 1632 in 2018, continuing decades of declining pneumoconiosis deaths.

“The decrease likely reflects the impacts over the past several decades of prevention strategies and also less people in the US working in jobs with heavy exposure to mineral or cotton dust,” Jessica Bell-Johnson, MPH, Association of Schools and Programs of Public Health/CDC public health fellow, told Contagion®. “Despite the decline, it is important to recognize that pneumoconiosis-associated deaths do not typically occur until many decades after exposures to causative dust."

So, Bell-Johnson said, more recent outbreaks in pneumoconiosis—such as in coal miners or artificial stone countertop workers—are not reflected in mortality data.

"In view of this, occupational dust exposure reduction, early case detection, and continued surveillance to monitor trends continue to be important,” she said.

“Among those categorized as other inorganic dusts, berylliosis and siderosis were the most frequently reported diseases,” Bell-Johnson told Contagion®. “However, because of small death counts, trends in pneumoconiosis attributable to other inorganic dusts could not be fully evaluated by distinct disease categories.”

Further study and monitoring of disease trends over time, in particular focusing on pneumoconiosis attributable to other inorganic dusts, is needed. 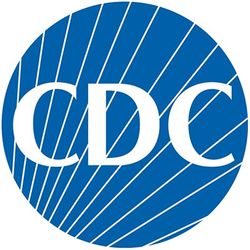 Biden: US Will Have Enough COVID-19 Vaccines for All Adults by End of May