PrEP Protection Against HIV is Complicated by Chronic HBV

Reviewers weigh evidence for the benefit of oral PrEP protection from HIV with risk of exacerbating hepatitis B. 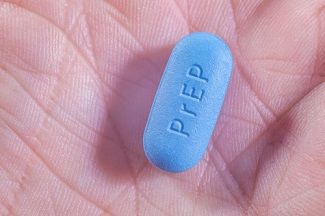 Persons with chronic hepatitis B who are at risk of contracting HIV can receive a double benefit from oral PrEP tenofovir-based formulations that protect from HIV and reduce hepatitis B virus (HPV) load; but can also suffer exacerbation of hepatitis when PrEP is discontinued. A recent review weighs the evidence for offering oral PrEP to this population, and finds best practices to favor benefit against risk.

Amir Mohareb, MD, Medical Practice Evaluation Center Massachusetts General Hospital, Boston, MA, and colleagues point out that clinical practice guidelines provide little direction on when, and how to safely use PrEP in people with HBV, despite their risk for contracting HIV through the same route of infection.

"This knowledge gap affects key populations and people in HBV-endemic countries, who are at higher risk of living with chronic HBV, yet have the greatest benefits to gain from using tenofovir disoproxil fumarate-based therapy as PrEP to prevent HIV acquisition," Mohareb and colleagues indicate.

With little published experience evaluating the risk of HBV reactivation in persons with chronic HBV who take and discontinue PrEP, or use it sporadically or "on demand" around sexual actiivity, the reviewers considered the hepatology literature focusing on whether it is safe, or beneficial to stop antiviral therapy when treatment has achieved undetectable levels of HBV DNA.

In one large observational study, 80% of 691 participants stopping antiviral therapy according to clinical society guidelines had HBV DNA reactivation; 61% had the reactivation with a rise in ALT of more than twice the upper limits of normal; and 41% required retreatment with antiviral therapy.These findings prompted several clinical trials on antiviral cessation in persons with HBeAg-negative infection.

While Mohareb and colleagues acknowledge the differences between controlled cessation of HBV treatment and the inconsistent or short-term use of PrEP, they nevertheless find insights from the HBV treatment cessation studies for PrEP safety and patient selection. They note that reactivation of HBV DNA with treatment cessation followed more often after long-term suppression. Some developed clinically apparent hepatitis flares; and those with pre-existing liver disease were at the highest risk for post-cessation liver injury. Acute liver failure did occur and, while uncommon, it is the major risk that must be weighed against the benefit of PrEP.

From their findings, Mohareb offer the following recommendations:

"All people with HBV who initiate PrEP should be counseled on the risks of tenofovir disoproxil fumarate and emtricitabine cessation, the need for close laboratory monitoring, and the possibility of needing retreatment—which could be lifelong—for HBV-specific indications of they do have reactivation hepatitis," Mohareb and colleagues advised.