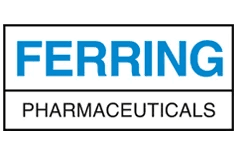 Ferring Pharmaceuticals’ investigational drug RBX2660 for recurrent Clostridioides difficile infection (CDI) was associated with consistent improvements to fecal microbiome and bile acid compositions, according to a recent analysis of data from 3 clinical trials.

“The biggest takeaway from our DDW presentation was that our analysis of 3 large clinical trials revealed consistent, large, and statistically significant shifts to the fecal microbiome and bile acid compositions from before to after administration of RBX2660,” lead author Ken Blount, PhD, chief scientific officer at Rebiotix and vice president of microbiome research at Ferring Pharmaceuticals, told Contagion.

“The microbiome shifts are important because Bacteroidia and Clostridia are known to help resist intestinal colonization by pathogens like C difficile,” Blount said. “The bile acid shifts are important because secondary bile acids are known to repress C difficile growth in vitro and in animal studies. Across these three trials we also observed significant shifts of the MHI-A microbiome biomarker of antibiotic-related dysbiosis—from more dysbiotic MHI-A before RBX2660 administration to a healthier MHI-A after RBX2660 administration.”

The shifts were greatest among participants who were clinical responders to RBX2660, defined as no CDI recurrence at eight weeks after treatment.

“We believe this analysis may reveal possible mechanisms by which RBX2660 significantly reduced recurrence of C difficile infections in these clinical trials,” Blount said. To our knowledge this is the largest analysis to date of microbiome and bile acid changes associated with administration of an investigational live biotherapeutic.”

The findings were consistent with the earliest clinical trial of the treatment and offer strong evidence given the size of the analysis, which included more than 300 participants from 3 clinical trials.

“We were intrigued to find that the shifts were so consistent among the three trials in this combined analysis, including the MHI-A biomarker data,” Blount said.

During nearly a decade of research of the potential first-in-class biotherapeutic, investigators have conducted six controlled clinical trials with more than 1000 participants. The Food and Drug Administration has granted the therapy Fast Track, Orphan, and Breakthrough Therapy designations.

The analysis of microbiome and bile acid compositions was among four abstracts presented at DDW regarding RBX2660. Investigators also presented data showing RBX2660 had a 68.3% success rate when administered following antibiotic treatment, versus a 55% success rate in a placebo group, and that time to recurrence was cut in half.

Currently antibiotics are the standard of care for treating CDI but they also present the primary risk factor for recurrence by destroying health bacters. RBX2660 aims to prevent recurrence of CDI by restoring the microbiome and halting the cycle of antibiotic-induced dysbiosis and CDI recurrence.

“We believe the exploratory analysis presented at DDW underpins the clinical efficacy observed in our trials by revealing possible mechanisms by which RBX2660 may be reducing rCDI,” Blount said.