The risk of gonococcal ophthalmia neonatorum is a serious threat to newborns in the United States. It is estimated that there is a 50% chance of transmitting gonococcal infection from mother to newborn and, in those born to mothers with gonorrheal disease, 28% will develop neonatal conjunctivitis. This can result in considerable ocular issues, including corneal scarring, ocular perforation, and even blindness as early as 24 hours following birth.

Following the implementation of a universal prophylaxis, the risk of blindness has dramatically decreased. As a result of this measure, the rate of gonococcal ophthalmia neonatorum has dropped to 0.4 cases per 100,000 live births per year. In the United States, adolescents and young adult women have the highest rates of gonorrhea, peaking at 19 years of age.

Screening programs for gonorrhea, which began in the 1970s, have helped infection cases decline. But unfortunately, gonorrhea cases have increased in recent years—from 105.3 cases to 171.9 cases per 100,000 between 2013 and 2017 alone.

The jump in cases, coupled with the fact that 6.2% of births in the United States are among women who receive little to no pre-natal care (that number can be as high as 20% in certain populations and demographics), the US Preventive Services Task Force (USPSTF) commissioned a team to review its 2011 recommendations to assess whether they are still effective and sufficient to avoid gonococcal ophthalmia neonatorum.

Reviewing the guidance, which is nearly a decade old, was a practical approach to fighting a growing incidence of gonococcal infections and a growing concern for antimicrobial resistance across the world.

After reviewing evidence of ocular prophylaxis related to gonococcal ophthalmia neonatorum, the USPSTF found that the existing recommendations were sufficient and there was no new evidence to support changing them.

Since there are screening gaps in the population, the commissioned team maintained the recommendation that all newborns receive the ocular topical prophylaxis to avoid gonococcal ophthalmia neonatorum.

Furthermore, the task force backed 2017 recommendations from the American Academy of Pediatrics and the American College of Obstetricians and Gynecologists, which ruled that gonococcal infection screening be available for all pregnant women in high-risk areas during their first prenatal visit. Pregnant women in areas with a high prevalence of gonococcal infections should also be re-tested 3 to 6 months following the initial test. Re-testing is encouraged in the third trimester for high-risk patients, even those who tested negative at the initial prenatal visit.

While it is reassuring that the efficacy of the prophylactic recommendations for gonococcal ophthalmia neonatorum have not changed, there is still much work to be done.

There is a desperate need for gonococcal screening and prenatal care throughout most of the United States. Preventive education, screening, rapid identification, and full treatment are necessary to combat the spread of gonococcal diseases, especially for vertical transmission from mother to child. The threat of drug-resistant gonorrhea makes prevention and effective treatment that much more vital, and the recommendations from this commissioned report underscore the importance of screening, especially in high-prevalence areas. 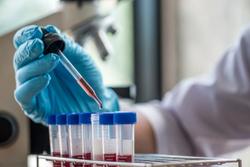