The short-lived designation of remdesivir as an Orphan Drug to treat COVID-19 exposed loophole in the Orphan Drug Act. 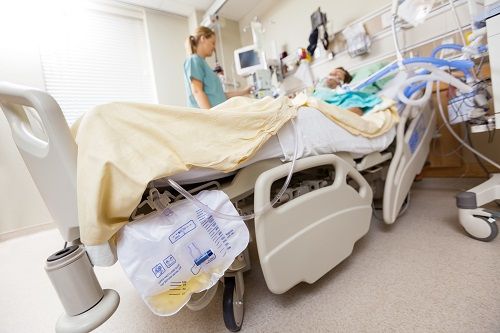 The short-lived designation of remdesivir for Orphan Drug status in treatment of COVID-19, before an outcry from patient advocacy groups alleged abuse of the Orphan Drug Act, prompted a recent column in JAMA to call for closure of a loophole that allowed it to be characterized as a treatment for a rare disease.

“Calling COVID-19 a rare disease mocks people’s suffering and exploits a loophole in the law to profiteer off a deadly pandemic,” declared a March 25 letter to the CEO of Gilead Sciences from Public Citizen and 50 other patient advocacy groups.

Gilead had been granted the Orphan Drug status for remdesivir by the FDA on March 23, but on March 25 it requested that it be rescinded, indicating in a released statement that it is “waiving all benefits that accompany the designation.”

The company also indicated that it was confident that it could maintain an expedited timeline in seeking regulatory review of remdesivir for COVID-19 without the designation. On March 26 the FDA granted Fast Track designation to Gilead for remdesivir, which the Agency explained in a news release “maximizes the opportunities for Gilead to engage with the Agency on its development of remdesivir for the treatment of COVID-19.”

In their viewpoint column, Kao-Ping Chua, MD, PhD, Susan B. Meister Child Health Evaluation and Research Center, Department of Pediatrics, University of Michigan Medical School, Ann Arbor, MI, and Rena Conti, PhD, Questrom School of Business, Institute for Health System Innovation and Policy, Department of Markets, Public Policy, and Law, Boston University, Boston, MA, argue that the Orphan Drug designation for remdesivir for COVID-19 and corresponding benefits for the drug sponsor were inappropriately granted, and that the FDA should have greater authority to implement the Orphan Drug Act consistent with its intent.

"Regardless of their reason, pursuing orphan drug designation was clearly not in the spirit of the Orphan Drug Act given that COVID-19 is far from being a rare disease," Chua said.

Chua and Conti point out that Orphan Drug status is intended for drugs that could treat a disease affecting fewer than 200,000 people in the US, and, in unusual circumstances, when the sponsor demonstrates that likely sales would be insufficient to recoup development and marketing costs. Once Orphan Drug status is designated, the sponsor enjoys a 7-year period of marketing exclusivity, as well as a 25% federal tax credit for the costs of clinical testing and eligibility to apply for FDA grants to further defray these costs.

Chua and Conti acknowledge that the sponsor had applied for the status before the confirmed number of COVID-19 cases in the US exceeded 200,000. Although there was evidence of a spreading infectious disease despite insufficient testing to identify cases, they suggest that the Orphan Drug Act provided little basis for the FDA to reject the application, or to rescind the designation as the number of cases exceeded the 200,000 threshold, if that had not been requested by the sponsor.

To the question of whether there might be another program better suited to provide incentives for development of agents for COVID-19, Chua responded, "there are many COVID-19 therapeutics under development, so its not clear additional incentives are always needed."

He related, however, one proposal that co-author Conti had previously made, "for the government to support the re-purposing of generic drugs for COVID-19, as there is little incentive for drug companies to invest in such re-purposing."