A new report suggests a personalized approach to sepsis treatment, recommending prompt antimicrobial therapy for the sickest patients and a more personalize approach for those with less severe cases. 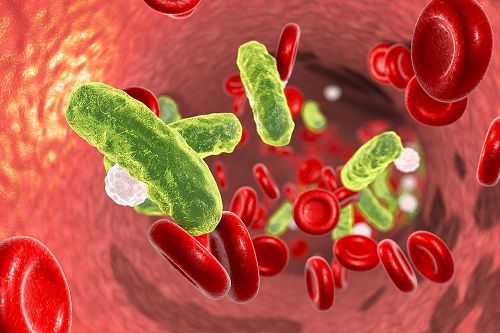 A new report challenges international guidelines calling for prompt administration of antimicrobial therapy (AT) for sepsis and shock, suggesting a more personalized approach.

The review, published by Taylor & Francis online, aims to address the heterogeneity of sepsis and potential harmful effects of inappropriate early antimicrobial therapy.

“Ideally, the sickest patients should be given early AT,” the authors wrote in the review. “In less severe cases, the suspicion of infection should be confirmed before AT administration so as to distinguish sepsis from non-infectious syndromes.”

Sepsis, a life-threatening organ dysfunction resulting from infection, affects 1.7 million Americans each year, killing nearly 270,000, according to the Centers for Disease Control and Prevention.

Since 2004, recommendations have called for antibiotics in the first hour of determination of sepsis. The review pointed out some limits of the studies supporting those recommendations, including that most were based on retrospective analyses, sepsis was not confirmed, information from antibiotic susceptibility tests was not given and final diagnosis was not recorded.

However, the authors noted that antibiotic administration as soon as possible after sepsis diagnosis should remain the rule until prospective, multicenter trials can be completed.

In the meantime, the authors recommend improving and personalizing the first administration of AT with steps including assessing the severity of cases to decide timing, assessing the risk of multi-drug resistant pathogens, identifying populations at risk of severe infection, using therapeutic drug monitoring to control doses, and identifying and controlling a source.

Antimicrobial use could be improved in the future with the development of new microbiological tests; new biomarkers for sepsis; metabolomic, transcriptomic and metagenomic profiling; and artificial intelligence and machine learning.

Sepsis costs tens of billions of dollars and puts a massive burden on emergency room staff, requiring early and aggressive treatment. It also raises the risk of development of multidrug resistant organisms.

The coronavirus 2019 (COVID-19) pandemic has introduced new challenges, representing the first time a viral pathogen has become the overwhelming cause of sepsis, Hollis O’Neal, MD, pulmonary-critical care expert, Our Lady of the Lake, and the national primary investigator for the Cytovale early sepsis detection system, said in an interview with Contagion® in April. His pilot study aims to determine whether Cytovale can help in risk stratification of patients very early in the course of the disease to assist with appropriately triaging patients.