SURE-1 Trial: Results of Sulopenem Vs Ciprofloxacin

Sulopenem was superior to ciprofloxacin for the treatment of uncomplicated urinary tract infections. 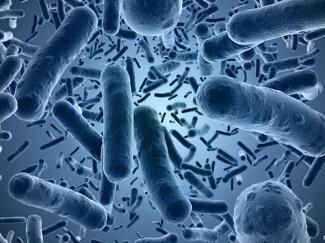 Uncomplicated urinary tract infections (uUTIs) are most common in young, active women, and they typically have normal, unobstructed genitourinary tract, no history of recent instrumentation, and with the area of issue in the lower urinary tract.

Sulopenem is a novel penem anti-infective agent that has both oral and intravenous formulations, and is being developed for the treatment of infections caused by multidrug-resistant bacteria.

Investigators studied the oral formulation of this agent vs Oral ciprofloxacin in the treatment of uUTIs in adult women. Specifically, they wanted to look at the efficacy and safety of the agent and the clinical success of Sulopenem at Test of Cure (TOC) and End of Treatment (EOT).

For the study, 1671 women with pyuria, bacteriuria, and signs and symptoms of uUTI were randomized to sulopenem twice daily for 5 days or ciprofloxacin twice daily for 3 days.

“Two independent primary analyses, each with a separate alpha assigned, were incorporated into the design of the study with the primary endpoint being overall success (combined clinical and microbiologic success) at the TOC visit.”

Investigators used pre-specified testing, and stated their primary efficacy endpoint was then to be further tested if either superiority or non-inferiority was declared in the MITTR or MITTS cohorts.

The investigators saw some benefit in the potential application of the novel agent.

“Sulopenem was superior to ciprofloxacin for the treatment of adult women with uUTI due to quinolone non-susceptible pathogens. Sulopenem was not non-inferior in the treatment of quinolone susceptible pathogens, driven by a lower rate of asymptomatic bacteriuria in patients receiving ciprofloxacin, but was non-inferior in the combined population of patients,” the investigators concluded.

The study, “Efficacy and Safety of Oral Sulopenem Etzadroxil/Probenecid Versus Oral Ciprofloxacin in the Treatment of Uncomplicated Urinary Tract Infections (uUTI) in Adult Women: Results from the SURE-1 Trial,” was presented virtually at ID Week 2020