Taking a Historic Vaccine Platform and Developing a COVID-19 Vaccine

Tonix Pharmaceuticals is developing a horsepox virus vector vaccine based on a historic platform which was first used for smallpox, and applying it to the world’s most recent virus.

When Chatham, NJ-based Tonix Pharmaceutical CEO Seth Lederman, MD, discusses the investigational vaccines his company is developing, he speaks of the inspiration provided by Edward Jenner, MD, the well known British scientist and physician who was the first to think of the concept of vaccines and created the smallpox vaccine, the world’s first vaccine.

In a Letter to the Editor published in the New England Journal of Medicine in 2017, researchers said they discovered vials of smallpox vaccines from the 19th century that contained the horsepox virus. Their discovery and subsequent research suggested that horsepox may be an ancestor of the vaccinia virus, which was also used for smallpox vaccination.

Lederman makes the distinction that their vaccine has had the genes deleted, and in doing so, offers a benefit to their vaccine.

“Our horsepox has a less virulent phenotype than the modern vaccinas, which means less side effects,” Lederman pointed out.

In addition, it is believed horsepox has the potential to serve as a vector for vaccines to protect against other infectious agents. Tonix and Southern Research will test the horsepox vaccine that expresses the protein from the virus that causes COVID-19.

According to the Tonix website, molecular analysis shows that horsepox is closer than modern vaccines in DNA sequence to the vaccine discovered and disseminated by Jenner over 200 years ago.

The Tonix COVID-19 vaccine that is in development is on track to be in a phase 1 trial in early 2021.

Lederman spoke to Contagion® about the company's horsepox virus vector, the importance of blocking forward transmission, and the benefits of a live-replicating virus vaccine.

US Immunity Not High Enough to Contain COVID-19 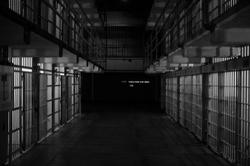