Type I Interferon Response Linked to Resistance to HCV Infection

Resistance to hepatitis C infection may be much greater than previously thought, according to new research by investigators at Trinity College Dublin that revealed associated biological factors. 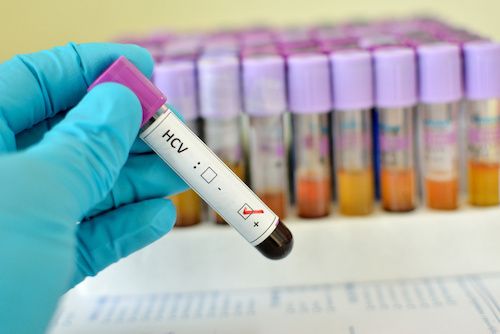 Investigators in Ireland have shed light on resistance to hepatitis C infection with a recent study that screened the immune systems of women who were accidentally exposed to hepatitis C virus in the 1970s but didn’t develop the disease.

The study, published in Cell Reports Medicine, included women who were exposed to anti-D immunoglobulin that was contaminated with HCV between 1977 and 1979. Those who remained seronegative had enhanced TLR3-type interferon response and increased inflammatory cytokine production compared with those who became infected.

“In this study, analysis of records from the women who received vials of highly infectious batches of HCV-contaminated anti-D, but remained PCR negative and antibody negative, suggest that up to 50% of women in the Irish cohort might be resistant to HCV infection,” wrote the study authors, led by Jamie A. Sugrue, a PhD candidate at Trinity College in Dublin. “This has major public health considerations; it is likely that HCV infectivity, as well as infectivity of other viral infections, is overestimated if individuals without a detectable antibody response are overlooked.”

Previous research estimated resistance to infection at about 10% among more diverse populations engaged in high-risk behaviors.

“A key point to emphasize is that our cohort is entirely female, and it is well documented that females have greater resistance to infection by several viruses, including HCV,” the authors noted.

The study included 34 women who were identified as exposed seronegative (ESN), who lacked evidence of past infection despite known exposure; 48 women who spontaneously resolved (SR) infection; 50 sustained virological responders (SVR) who had previous chronic infection that was cleared with therapy; and 102 unexposed controls.

“We describe an enhanced TLR3-type I interferon response in ESNs compared with seropositive women,” the authors wrote. “We also identify increased inflammatory cytokine production in response to polyIC in ESNs compared with seropositive women. These enhanced responses may have contributed to innate immune protection against HCV infection in our cohort.”

Anti-HCV Ab positivity was highest among women in the SVR group, and anti-HCV T cell responses were detected in the SR and SVR groups.

The authors noted increased reports of liver disease among those in the SVR group—66% compared with only 6% in the SR group and 3% in the ESN group. SR and SVR participants also reported higher incidence of chronic fatigue and fibromyalgia.

Strengths of the study included that participants were well matched—all female, all Rhesus D negative, similarly aged, and had all been pregnant. However, the study results may not be generalized to the wider population

“Our findings of increased resistance among females have major public health implications,” the study authors wrote. “Our biological findings reaffirm the importance of IFN-I in the control of viral infection and begin to provide evidence that heterogeneity in the human immune response has real world effects that may translate to differential susceptibility to infection.”

The lab of Cliona O’Farrelly, professor of comparative immunology at Trinity’s School of Biochemistry and Immunology and senior author of the study, will now focus on resistance to other viral infections, including COVID-19. The lab has joined the COVID Human Genetic Effort.