Fosfomycin Does Not Demonstrate Non-Inferiority for E. Coli. Bacteremic UTI 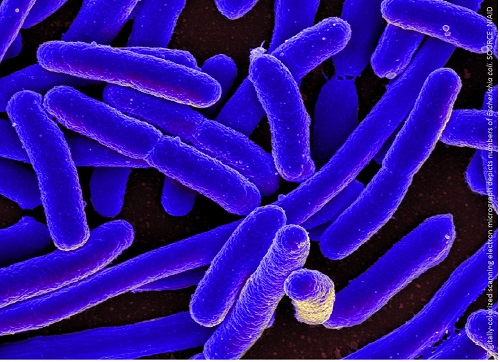 Fosfomycin is likely inferior to carbapenem or ceftriaxone for treating patients with bacteremic urinary tract infections (BUTI) due to multidrug-resistant E. coli (MDREC), according to findings from a new trial.

The new findings come as drug resistance continues to plague physicians treating infections.  The study serves as a setback for those hoping the decades-old drug might be a viable alternative to more common therapies, and was originally meant to be presented at the annual European Congress of Clinical Microbiology and Clinical Diseases.

In cases where the infection is resistant to ceftriaxone, meropenem is usually the choice, he said. However, selection pressure and the spread of resistance have created a need for alternatives.

“Fosfomycin is a drug that is frequently active in vitro against multidrug-resistant E. coli, and we thought it might be a good candidate,” he said.

To test the drug, investigators set up a multi-center, open-label, randomized controlled trial, in which roughly half of patients were given intravenous fosfomycin (4g/6 hours), and the other half were given either meropenem (1 g/8 hours) or ceftriaxone (1 g/24 hours). Patients were allowed to switch to oral drugs after 5 days.

Enrollment yielded a total of 161 patients at 16 sites; the modified intention-to-treat population was 143 patients. Of those, 70 were randomly assigned to receive fosfomycin and 73 received the control medication (42 meropenem; 31 ceftriaxone). The patients had a median age of 70, and were 49% male. The primary endpoint was clinical or microbiological cure (CMC).

“Even if the calculated sample size would be achieved, it is improbable that fosfomycin could demonstrate to be non-inferior to carbapenem or ceftriaxone for CMC,” investigators concluded.

That said, they noted that patients in the fosfomycin group had a higher rate of failing to achieve CMC for reasons other than clinical and microbiological failure.

Twelve of the 21 fosfomycin patients who failed to reach CMC did so as a result of withdrawal (6), being lost to follow-up (3), or missing a urine culture (3). Only 4 of the 15 patients on comparator drugs failed to reach CMC for non-clinical or microbiological failure reasons, and just 2 of those were due to withdrawal.

Rodríguez-Baño said there could be a number of reasons for the discrepancy. For one, fosfomycin patients had slightly more adverse event reports. But he said the problem could also be related to the study’s design.

“Because the trial was open (not blinded) it might have been due to the fact that doctors were more warned about potential adverse events for a drug they have less experience using,” he said.

Rodríguez-Baño added that patients with previous heart insufficiency might not be good candidates for fosfomycin, because it can lead to an overload of sodium. Six patients in the fosfomycin group and 1 patient in the comparator group sufferent probable or definitive heart failure, investigators noted.
To stay informed on the latest in infectious disease news and developments, please sign up for our weekly newsletter.