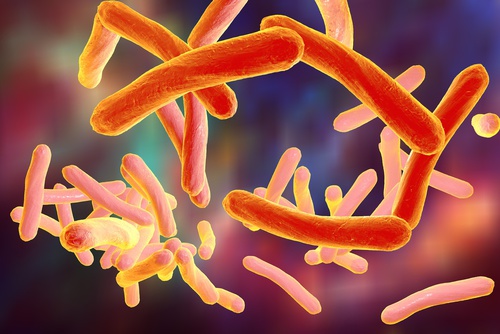 The current trials testing broad-spectrum antibiotics before treating tuberculosis are not aligned with protocols designed to minimize the use of antibiotics, according to a paper published in The Lancet Infectious Diseases.

Investigators from London conducted a review and meta-analysis in order to organize available evidence on the diagnostic performance of the trial of antibiotics for tuberculosis. They wrote that there are suboptimal diagnostics for the infection and broad-spectrum antibiotics are given to patients who test negative but remain symptomatic, typically to try and identify tuberculosis vs. a lower respiratory tract infection.

In those cases, those given these antibiotics with lower respiratory tract infection cases improve and tuberculosis patients do not. At least 26.5 million courses are prescribed annually, investigators said, despite lacking evidence for such a commonly used intervention.

The team searched the Medline, Embase, and Global Health databases and found 8 eligible studies for inclusion published through March 2019. The studies took place in 7 countries in Africa, South America, and Asia and involved a total of 2786 participants between 1997-2016.

The investigators said 6 of the studies used mycobacterial culture as the reference standard while 6 used penicillins for the trial of antibiotics. However, that’s where the similarities between the studies ended, the authors noted; the treatment duration (5-14 days), number of antibacterial courses, and definition of what constituted response to treatment differed substantially among the studies.

Some studies asked for self-reports of improvement while others were more rigorous including changes in cough, the amount of sputum produced, and body temperature. The methods for measuring response to treatment “largely subjective,” investigators wrote. Other antibiotics included in the trials were macrolides, tetracyclines, and cephalosporins.

The investigators observed that the pooled sensitivity of the trial antibiotics was 67%, compared to the mycobacteriology tests, they said. The pooled specificity was 73%. These numbers fall “well below minimum recommendations for new tuberculosis triage and diagnostic tests for adults.”

“As the medical community moves towards meeting End TB goals, clinicians and those designing public health programs need to be aware of how substantial the misclassification by trial of antibiotics can be,” they continued, noting that End TB calls for a major expansion of tuberculosis testing and identifying underdiagnosed cases to save lives.

The strategy aims to target 40 million tuberculosis cases by 2022 by testing 1 billion people.

Upon further analysis, investigators wrote that pooled estimates of sensitivity and specificity by study setting and reference standard definition showed substantial heterogeneity but those results should be interpreted with caution, they warned.
Neither disregarding the outliers nor adjusting the investigators’ definitions did not significantly change the pooled estimates of sensitivity or specificity.

There appeared to be a potential risk bias in at least 1 of the 4 domains of the Quality Assessment of Diagnostic Accuracy Studies (QUADAS) 2 tool, investigators said. At least 3 of the QUADAS-2 domains yielded sensitivity. But in all of the studies, they noted, patient selection process and the conducting of both the index and reference tests matched the reviewers’ expectations.

“Broad-spectrum antibiotics will still be needed to treat clinically suspected bacterial infection, with the crucial evidence gap then being how different antibiotic strategies affect clinical outcomes and antimicrobial resistance during tuberculosis investigation, including among key subgroups such as inpatients, people living with HIV, children, and participants identified through tuberculosis screening initiatives,” the study authors concluded.

“These studies should include trials of the safety of antibiotic minimization protocols to support the rapid generation of sufficient data to guide evidence-based, patient-centered management of presumptive tuberculosis patients, including key subgroups and populations for whom the relative benefits and harms of antibiotics are likely to vary from routine clinic adults—notably, young children, people with HIV, people with diabetes, and tuberculosis screening participants,” they concluded.
To stay informed on the latest in infectious disease news and developments, please sign up for our weekly newsletter.