Antibiotic Use May Increase Risk of Type 2 Diabetes 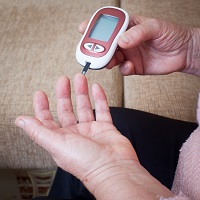 There appears to be a positive correlation between higher antibiotic use and the development of type 2 diabetes, according to a study published in The Journal of Clinical Endocrinology & Metabolism.

Diabetes occurs when an individual cannot produce enough hormone insulin or the insulin does not work properly, resulting in high blood sugar levels. A team from the Center for Diabetes Research of Gentofte Hospital at the University of Copenhagen found that antibiotics may play a role in altering the way the body processes sugar which could increase the risk of type 2 diabetes.

“Diabetes is one of the greatest challenges facing modern health care, with a globally increasing incidence,” one of the authors Kristian Hallundbaek Mikkelsen, MD, said in a news release.

The researchers used three national registries in Denmark to track patients’ antibiotic prescriptions: 170,504 who had type 2 diabetes and 1.3 million who did not. On average, the patients with type 2 diabetes filled 0.8 antibiotic prescriptions each year and those without the condition filled 0.5. While there were many different types of antibiotics linked to the diabetes risk, penicillin V and other narrow-spectrum antibiotics had a particularly strong correlation.

“In our research, we found people who have Type 2 diabetes used significantly more antibiotics up to 15 years prior to diagnosis compared to healthy controls,” Mikkelsen confirmed.

“Another equally compelling explanation may be that people develop Type 2 diabetes over the course of years and face a greater risk of infection during that time,” Mikkelsen suggested. “Further investigation into long-term effect of antibiotic use on sugar metabolism and gut bacteria composition could reveal valuable answers about how to address this public health crisis.”

MOST POPULAR ARTICLES
How Deadly Was the 2019-2020 Flu Season?
Why Comparing Flu and COVID-19 Severity Is Not Equivalent
The Sweden Question: Has Controversial Response Led to T-cell Mediated Immunity?
Weekly Sanitizer FDA Recall List