How Close Are We to a Cure for HIV? 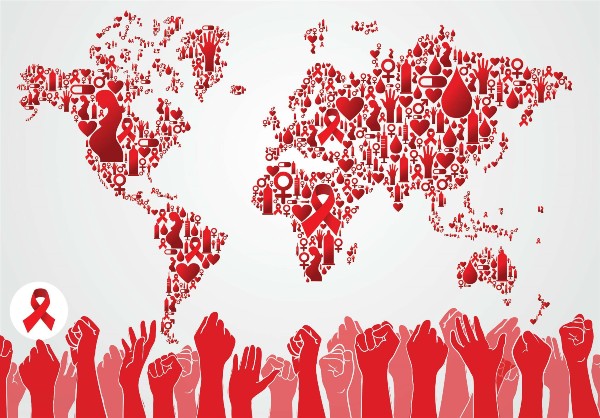 Worldwide, approximately 37.7 million individuals live with HIV, with approximately 1.1 million such individuals in the United States alone.1,2 Despite the widespread implementation of highly effective antiretroviral therapy (ART) and subsequent validation of the “undetectable equals untransmittable,” or U=U, concept, 1.7 million new cases occur annually alongside nearly 770,000 AIDS-related deaths.1,3 Although the cure for HIV has been a priority since the virus’ discovery, it remains elusive.

THE TYPES OF “CURE”

The FDA defines HIV cure research as “any investi­gation that evaluates (1) a therapeutic intervention or approach that controls or eliminates HIV infection to the point where no further medical interventions are needed to maintain health, and (2) preliminary scientific concepts that might ultimately lead to such a therapeutic intervention.”4 Thus, the medical community is pursuing 2 types of HIV cure: eradicative and functional, also called HIV remission. Eradication, also known as steril­ization, implies that HIV has been removed completely from the human host.5 A functional cure differs signifi­cantly because the goal is not to clear the viral reservoir from the human host but rather to reach sustainable infection control in the absence of ART.6

CHALLENGES IN CREATING A CURE FOR HIV-1

ART targets only viral replication in activated cells. It cannot touch latent virus, meaning the vast amount of virus hidden in memory or otherwise inactive T cells. This reservoir poses the biggest challenge to HIV elim­ination, as viral latency is a reversible process in the absence of effective ART.7 While patients are on ART, this latent pool of cells declines slowly but may take an estimated 7 decades to fall to 0; recent research has also described a decline of only 4 years followed by a plateau. A unique hypothesis of this persistence centers on the ability of the infected cells to expand via clonal prolif­eration rather than active HIV replication to sustain the viral reservoir.7-10 Complicating viral latency further, a latent reservoir may form in compartments of the human body that are spared from immune recognition and ART because of both physical and cellular barriers (also called viral escape). Some examples of these barriers include the blood-brain barrier, the Sertoli cell layer of the testes, and the B-cell follicles within the lymph nodes.11

Despite these challenges, 2, and possibly 3, eradica­tive cures exist. In addition to the CD4 receptor, HIV requires a second coreceptor to infect a cell. One such receptor, the CCR5, is congenitally absent in 0% to 2.3% of individuals.12

The “Berlin Patient” (Timothy Ray Brown), as part of treatment for acute myeloid leukemia (AML), received full-intensity conditioning chemotherapy, whole body radiation, and 2 transplants from an HLA antigen– matched donor with CCR5 coreceptor Δ32 deletion. The “London Patient” (Adam Castillejo), as part of treat­ment for Hodgkin lymphoma, also received a stem cell transplant from a donor with the CCR5Δ coreceptor Δ32 deletion. However, he did not receive radiation but instead received reduced intensity conditioning chemo­therapy.13,14 Both Brown and Castillejo have been deemed cured (no HIV viremia off ART). A third patient, known as the Düsseldorf patient, remains under evaluation; the 49-year-old man received a bone marrow transplant from a CCR5 coreceptor Δ32 deletion donor in February 2013 for AML. Physicians discontinued ART in November 2018, and the patient’s HIV remained undetectable as of March 2020.15

The shock-and-kill method combines (1) latency reversal agents such as histone deacetylase inhibitors and toll-like receptor (TLR) agonists to induce HIV-1 transcription followed by (2) ART, therapeutic vaccines, and/or broadly neutralizing antibodies (bNAbs) to decrease the latent reservoir. Major histone deacety­lase inhibitors romidepsin and vorinostat induce HIV gene transcription by suppressing histone deacetylases enzymes that enzymatically remove the acetyl group from histones.22,23 TLR agonists such as vesatolimod induce the secretion of tumor necrosis factor α _and thus promote viral reactivation.24 This process of reac­tivation is then followed by immunomodulation with agents such as therapeutic vaccines and/or bNAbs. The aim of therapeutic vaccines (such as the modi­fied vaccinia Ankara B and the recombinant canarypox virus) is to elicit an antigenic immune response to suppress viral replication in the absence of ART. Broadly neutralizing antibodies (such as VRC01 and 3BNC117) induce host immunity by targeting specific epitopes of HIV.22,25

Combined approaches using these methods were presented at the 2020 virtual Conference on Retroviruses and Opportunistic Infections. Notable studies included (1) a 20-patient cohort given romidepsin and bNAb 3BNC117, resulting in neither delay of viral rebound nor reduction in reservoir size, and (2) the safety and effi­cacy of a combination TLR7 agonist/therapeutic vaccine approach to induce CD8+ T cell–mediated control of the simian immunodeficiency virus (a commonly used nonhuman primate model), finding no statistically significant differ­ences between treatment and placebo. The authors did report a modest increase in time to viral rebound with this strategy.26,27 Of note, these novel drug mechanisms are only limited examples of the vast array of immunoregu­latory agents under develop­ment. Agents such as immune checkpoint inhibitors, PD-1 and CTLA-4 agents, may possibly be used in combina­tion to enhance the response of HIV-specific T cells and improve viral control.28,29

Although current research has not yet elucidated the path to either “cure” approach, research remains highly prioritized and active, with promising novel drug mecha­nisms and emerging science. Evolving methods have rede­fined the concept of HIV cure, with the eventual goal of bringing the story of HIV to its completion.

Xu is a postgraduate year 1 pharmacy practice resident at the Jeanes Campus of the Temple University Health System in Philadelphia, Pennsylvania.

Koren is an infectious diseases clinical pharmacist at the Temple University Health System and an adjunct assistant clinical professor at the Lewis Katz School of Medicine at Temple University. *He is an active member of the Society of Infectious Diseases Pharmacists. References:

MOST POPULAR ARTICLES
How Deadly Was the 2019-2020 Flu Season?
Why Comparing Flu and COVID-19 Severity Is Not Equivalent
Sunlight Inactivates the Airborne Virus that Causes COVID-19
FDA Authorizes 15-Minute Antibody Testing Kit
FEATURED