History of Present Illness
A 37-year-old male patient presented to the emergency department with severe bilateral lower-extremity pain that prevented him from walking. Over one week, he developed progressively worsening bilateral knee tenderness and painful red bumps over his shins (Figure 1). Additionally, he reported a new 2-day history of dry cough and subjective fever.

Past Medical History
Epilepsy (not on antiepileptic therapy)

Key Medications
None prior to admission

Epidemiological History
Three weeks prior to presentation, the patient had emigrated from Guatemala, crossing the US-Mexico border, where he spent 7 days in the Arizona desert. Subsequently, he relocated to New York, where he began to develop symptoms. He denied any recent insect bites, exposure to any animals, or a history of tuberculosis. He further denied alcohol, tobacco, or illicit substance use. He was sexually active with his wife. At the time of presentation, he was employed as a construction worker. Family history was noncontributory.

Physical Examination
The patient was a well-developed and well-nourished male in no acute distress. He was saturating well on room air with hemodynamically stable vital signs. His cardiac exam was unremarkable. A pulmonary exam revealed decreased breath sounds at the right upper lobe and dry cough with deep inspiration. The patient had diffuse erythema over both knees, which were tender to palpation. Additionally, he had several dime-sized erythematous subcutaneous nodules over his bilateral shins, which were also painful to the touch.

Clinical Course
The patient’s dry cough prompted a chest radiograph that showed a right upper-lobe opacity. Given the patient’s travel history, lung infiltrate, and skin findings, infectious differential diagnoses included endemic fungal infections such as Cryptococcus, histoplasmosis, coccidioidomycosis, or blastomycosis. Bacterial etiologies including tuberculosis were considered as well. Because he was hemodynamically stable and not appearing septic, antibiotics were deferred until his work-up was completed. His skin findings were diagnosed as erythema nodosum based on their appearance and anatomic location without performing a skin biopsy. The patient was managed with supportive care until the results of diagnostic testing were obtained, and he was started on appropriate therapy prior to discharge.

Diagnostic Procedures and Results
A CT scan of the chest (Figure 2) showed a wedge-shaped, peripheral nodular focus in the posterior segment of the right upper lobe (25×22×20 mm). A Coccidioidesenzyme-linked immunosorbent assaywas positive for IgM 1.8 (positive >1.5) and IgG 4.0 (positive >1.5). A Coccidioides antibody test by complement fixation was positive with a titer of 1:8. Other tests including QuantiFERON-TB Gold, Cryptococcus serum antigen, Histoplasma antibodies, and Blastomyces serum antibodies were negative.

Treatment
Due to his inability to walk and perform his job as a construction worker, the patient was started on fluconazole 400 mg daily for 8 weeks. At the patient’s 2-week follow-up, his symptoms were markedly improved with near complete resolution of his erythema nodosum (Figure 3). His erythrocyte sedimentation rate decreased from 41 mm/h to 7 mm/h after 1 month of treatment. The patient was able to return to full duty at work.

Discussion
Coccidioidomycosis, known colloquially as “Valley Fever,” is a systemic fungal infection caused by the fungi Coccidioides immitis and C posadasii. The region most highly endemic for exposure to C immitis is in the Arizona counties on the US-Mexico border. Additionally, the state of California has seen a large rise in number of cases over the past few decades, including in the prison system population.1-3 Upon disruption of uninhabited soil by natural disaster or human activity, Coccidioides arthroconidia are released and become airborne. Fluctuations in temperature and precipitation associated with seasonal change in both Arizona and California have been correlated with greater fungal growth and spore dissemination as well as increased incidence of infection.3-6 Furthermore, global climactic changes including increasing temperatures, wind speeds, aridity, and frequency of wildfires may worsen the disease burden of endemic fungal infections.7 This will continue to be relevant among individuals of lower socioeconomic status and immigrant populations8 who often find work in these areas. Because many of these patients are undocumented and live transiently in endemic regions, the incidence of infectious mycoses may be underreported.

Coccidioidomycosis may present with a wide range of clinical manifestations, from asymptomatic or a mild febrile flu-like illness to pulmonary infection and, less commonly, severe life-threatening disseminated disease. Pulmonary disease can resemble a typical lobar community-acquired pneumonia (CAP), and in endemic regions, up to 25% of patients presenting with CAP will have Coccidioidomycosis.9 Alternatively, pulmonary infiltration can be diffuse and reticulonodular in appearance. In addition to the classic pulmonary findings, roughly 50% of patients with symptomatic coccidioidomycosis will have cutaneous manifestations.10

For our patient, the inability to work was secondary to severe arthralgias and pain associated with erythema nodosum (EN), an immunological disorder of subcutaneous nodules and the most common form of panniculitis.11 EN is often the presenting skin finding of a systemic inflammatory illness.12 Bacterial or fungal infection, inflammatory bowel disease, tuberculosis, sarcoidosis, cancer, or drugs may be the underlying cause, activating a delayed-type hypersensitivity reaction. Streptococcal pharyngitis accounts for 30% to 50% of EN cases in adults.12 In coccidioidomycosis, EN is the most common cutaneous finding, typically 1 to 3 weeks after the onset of pulmonary symptoms.10 On biopsy, no pathogens are seen within the soft tissue, which typically shows granulomatous inflammation, septal fibrosis, and mononuclear infiltrate. Interestingly, the presence of EN in patients with coccidioidomycosis confers a favorable prognosis due to a suggested immune response.

Caring for the immigrant community can be challenging, and as physicians, we must be aware of the hazards and exposures our patients experience before they arrive at their destination. The worsening political landscape of Central and South America will continue to place more individuals at risk for potential exposure to coccidioidomycosis and other endemic infections during lengthy and arduous travel. Obtaining an appropriate travel history for our patient who came across the southern border of the United States triggered a fungal work-up and, ultimately, a diagnosis of acute coccidioidomycosis. We were thus able to avoid the unnecessary use of antibiotics while providing the appropriate drug therapy and follow-up. Coccidioidomycosis should be considered part of the differential diagnosis of any hospitalized immigrant who has traveled across the southern border of the United States. To our knowledge, this entity is underrecognized and underreported in the immigrant community. 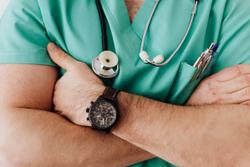 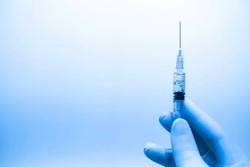 Candida auris: Coming Soon to a Facility Near You?