Hospital-acquired conditions fell 13% between 2014 and 2017, according to a new report from the Agency for Healthcare Research and Quality.

The number of hospital-acquired infections (HAIs) at US hospitals continued to decline between 2014 and 2017, according the latest report from the Agency for Healthcare Research and Quality.

The AHRQ National Scorecard on Hospital-Acquired Conditions Updated Baseline Rates and Preliminary Results 2014-2017 found that HAIs fell by about 13% during that time, saving about 20,500 lives and about $7.7 billion in health care costs. Since 2010, the average annual decrease in HACs has been 4.5%. 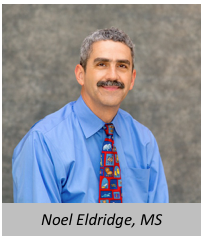 "After 7 years, that adds up to some meaningful reduction," Noel Eldridge, MS, public health analyst and senior advisor at the Center for Quality Improvement and Patient Safety at AHRQ, told Contagion®. "It's starting to look pretty good."

The goal is to reach a 20% reduction in HAIs between 2014 and 2019 tied to the Centers for Medicare & Medicaid Services’ Hospital Improvement Innovation Networks.

"You'd always like to see bigger changes on everything," Eldridge told Contagion®. "Sometimes some things don't improve and other things do, but, overall, we're pretty much on track to meet the goal."

"We're hesitant to make a claim about that because the numbers are small, but I think there's a reason for hope that C diff infections may be going down," Eldridge told Contagion®. "That's something we'll be monitoring carefully."

C diff infection has been a topic of concern and numerous recent studies. The US Food and Drug Administration recently agreed to fast track ACX-362E, an investigational treatment for C diff from Acurx Pharmaceuticals, LLC.

"We're not seeing a major breakthrough like everything dropping by 20% 1 year to the next, but we're seeing good incremental change, which is gratifying," Eldridge told Contagion®.

The Centers for Medicare & Medicaid Services and the US Department of Health and Human Services have been focusing on reducing hospital-acquired conditions since about 2011, when the HHS Partnership for Patients was launched as part of the Affordable Care Act.

A study published in the American Journal of Epidemiology suggested that the effect of hospital-acquired infections on patient outcomes may be overestimated in studies that don't consider time of infection. Using a risk-set matching method, that study estimated that hospital-acquired infections led to 12 additional days of hospitalization on average, compared the conventional methods, which estimated an average of the 31 additional days.