A new study sheds more light on a recent cluster of gonorrhea infections in Hawaii, the strain of which is showing resistance to the two antibiotics recommended to effectively treat the sexually transmitted disease.

Researchers released new findings on an antibiotic-resistant group of Neisseria gonorrhoeae isolates detected last year in Hawaii, which have raised concerns about the potential spread of such isolates into other parts of the United States.

The Centers for Disease Control and Prevention (CDC) estimates that nearly 820,000 new gonorrhea infections occur in the US each year, though more than half of those infections go undetected and unreported to health officials. The sexually transmitted disease spreads through contact with the penis, vagina, mouth, or anus of an infected partner, and can also be passed from a mother to her baby during childbirth. N. gonorrhoeae bacteria cause reproductive tract infections affecting the cervix, uterus, fallopian tubes, and urethra, as well as mucous membranes in the mouth, throat, eyes, and rectum.

Individuals with gonorrhea often show no symptoms or very mild symptoms of infection. In women, the condition can cause difficulty urinating, increased vaginal discharge, or vaginal bleeding, while, in men, infection can also affect urination, and can cause urethral discharge, or testicular pain. Complications from gonorrhea can lead to pelvic inflammatory disease in women, while both women and men may in some cases develop infertility. The most effective treatment for gonorrhea infections comes from a combination of the antibiotics azithromycin, which is taken orally, and ceftriaxone, which is administered through intramuscular injection. As the two drugs have a different mechanism of action, the CDC notes that the antibiotic combination has better treatment efficacy and can help slow the spread of the bacteria’s resistance to cephalosporins, the class of drugs including ceftriaxone.

In a new report published in the journal Clinical Infectious Diseases, a study team lead by researchers from the University of Hawaii and the Hawaii Department of Health tested N. gonorrhoeae isolates for susceptibility to azithromycin and ceftriaxone. The 8 isolates, collected from 7 patients in Oahu, were sent to the CDC and the University of Washington for further testing, and all demonstrated high levels of resistance to azithromycin, while 5 isolates showed reduced susceptibility to ceftriaxone, a first for isolates collected in the United States. The study team also found that all of the isolates were positive for beta-lactamase — the enzyme that gives bacteria resistance to beta-lactam antibiotics – and were, thus, resistant to penicillin, tetracycline, and ciprofloxacin. None of the patients in the study had recently traveled or used antibiotics for treatment of another infection, and all the patients’ gonorrhea infections were treated successfully.

The growing problem of antibiotic-resistant gonorrhea has health experts concerned that the sexually transmitted disease will continue to become increasingly difficult to treat. A decade ago, the CDC stopped recommending the use of fluoroquinolones for the treatment of gonorrhea following the emergence of isolates resistant to this class of antibiotics. Since then, cephalosporins have remained the frontline weapon used against the disease. With the recent emergence of N. gonorrhoeae isolates with reduced susceptibility to ceftriaxone, the authors of the recent study note that such isolates may become more widespread. They, therefore, urge doctors and health departments around the country to be on alert for gonorrhea cases not responding to treatment. 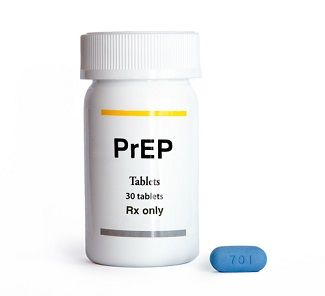 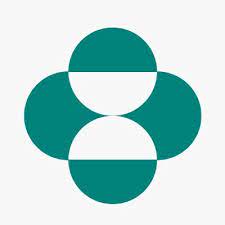