The ADVANCE study results at 96 weeks distinguish between the long-term effects of 3 combination regimens for HIV in weight gain and bone density change. 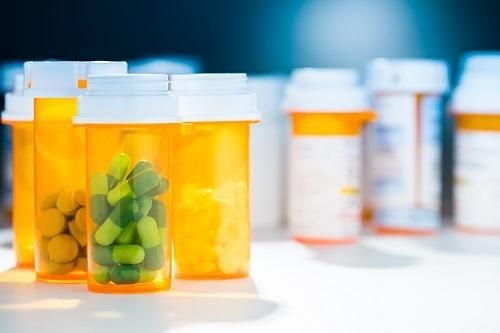 Long-term metabolic changes associated with antiretroviral treatment (ART) for HIV can include substantial weight gain, particularly in women, and bone density changes, according to findings at 96 weeks from the ADVANCE trial with 3 combination regimens.

The investigators note that in 2019 the WHO recommended that the second-generation integrase inhibitor dolutegravir should replace efavirenz, in combinations with tenofovir disoproxil fumarate and either lamivudine or emtricitabine.Excessive weight gain has been associated with integrase inhibitor-based ART, particularly with second-generation, however, and with tenofovir alafenamide.

Recognizing that obesity is a major public health problem, and that efavirenz is currently the only practical alternative to dolutegravir in low- and middle-income countries, the ADVANCE study was undertaken to assess weight gain and other long-term effects with dolutegravir and tenofovir alafenamide in comparison to an efavirenz-based regimen with the disoproxil fumarate formulation of tenofovir.

The investigators noted that dolutegravir and tenofovir alafenamide regimens "are being rolled out across Africa and Asia, often without sufficient monitoring."

Venter commented to Contagion, "it is so important to do studies in populations that aren't white men."

The study enrolled 1054 participants between January 17, 2017 and May 14 2018, after recruitment from 11 public health clinics in Johannesburg. Eligibility criteria included age of 12 years or older, body weight of at least 40kg, no ART in previous 6 months, creatinine clearance of at least 60ml/min in those older than 19, and plasma HI-1 RNA concentration of 500 copies/ml or higher.Pregnant women and individuals with tuberculosis were excluded.

Bone density changes were assessed by DEXA (dual energy X-ray absorptiometry), showing no differences in total bone density between ART groups, but increased bone density in the hip and lumbar area more frequent in the tenofovir alafenamide group when compared with the other two groups.The investigators suggested that weight gain might have been a factor in the change in hip bone density

The investigators were alarmed by the weight gain, particularly in women."For women, the trajectory is scary--a straight line," Venter commented, although adding, "No major metabolic consequences yet."

On the possibility that the weight gain was a reflection of the ART allowing longer life and normalizing eating rather than having a direct effect on weight, Vitner agreed that it could be a "weird return to health, or rather, a return to a normal trajectory of weight gain."