Association of Adenovirus with Hepatitis of Unknown Cause in Children

Implicating adenovirus for hepatitis of unknown cause in children is confounded by its absence in some cases, and from all tested hepatic tissue. 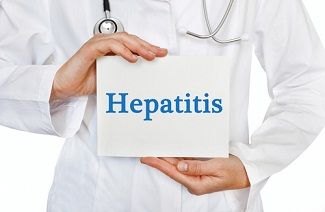 A relation between adenovirus and the recent spate of hepatitis of unknown cause (HUC) in children in multiple countries remains unclear as it was found in most but not all patients, and not in any tested hepatic tissue, in 2 case series reported in The New England Journal of Medicine.

The initial reports, from Birmingham, Alabama, of 9 children with HUC who tested positive for adenovirus between late 2021 and early 2022 heightened global vigilance for the condition and that possible etiology. That series is now reported concurrently with a larger series of 44 children with HUC treated in Birmingham, United Kingdom. Although HUC in children has now been documented across multiple continents, most cases have been reported in the UK.

In this UK series, 44 children were referred to one liver-transplantation center between January 1 and April 11, 2022 with acute hepatitis that was not hepatitis A through E and was without a metabolic, inherited or genetic, congenital or mechanical cause, common toxin exposure, travel history or cytomegalovirus or (in all but 2 children) Epstein-Barr virus. Among the 30 patients who underwent testing for adenovirus, however, 27 (90%) were positive.

The investigators reported that adenovirus detection was more common in blood (93%) than in respiratory samples (67%) or feces (67%).They also noted that biochemical tests during what was found to have been the prodromal phase of acute hepatitis, as well as ultrasonographic findings of thickening of the gall bladder wall with pericholecystic fluid, abdominal lymph nodes and mild hepatosplenomegaly, "are consistent with a possible viral cause."

"The clinical picture does lend some credence to a viral etiology, and testing so far reveals adenovirus as the most common pathogen, though other pathogens, too, have been infrequently detected," Kelgeri said.

"What is, however, not clear, is why we haven't been able to find viral particle staining in the liver tissue," Kelgeri observed. "It is also intriguing as to why young children who have been previously healthy have been affected."

Kelgeri and colleagues speculate in their report that although adenovirus infections are typically self-limiting in immunocompetent children, there may be an immunopathogenic mechanism for the hepatic injury, and they indicate that the use of glucocorticoids in conjunction with cidofovir is being explored.

In an editorial accompanying the 2 case series reports, Saul Karpen, MD, PhD, Emory University School of Medicine and Children's Healthcare of Atlanta, Atlanta, GA, pointed out that determining the underlying cause of acute hepatitis, even with the application of modern, gene-based and antigen-based diagnostic methods, can be elusive. He cited, as an example, a large series of children hospitalized with liver failure in 1999 through 2004 for which the cause was most frequently (49%) "indeterminate."

"This is still the situation today," Karpen observed. "Given the young age of the patients, genetic underpinnings and, in rare cases, environmental causes are sought."

Kelgeri posited that there could be some interaction with the SARS-CoV-2 pandemic. "The lockdowns may have contributed to the changes in our social and ecological systems, which means that the body's response may be different even to common pathogens, especially in children who get exposed to these pathogens a little later than usual," he commented.

For health care providers and public health systems, Kelgeri emphasized the importance of conducting thorough testing, reporting, and having robust surveillance systems in place. "Metagenomics and other specialized tests are ongoing and will perhaps help us identify the cause and/or mechanism of injury," he indicated.

For parents alarmed at yet another public health risk with, as yet, an unknown cause, Kelgeri offered some reassurance along with guidance. "Fortunately severe cases are very few and most recover spontaneously. However, it would be good to be vigilant and check with a health care professional if your child has pale stools, dark urine, eyes look yellow, or is off food. It is recommended to follow general hygiene measures like hand washing, especially after bowel movements and before eating food," Kelgeri advised.