ViiV Healthcare’s recent FDA approval of expanding a combination antiretroviral comes on the heels of the important data from the TANGO study. 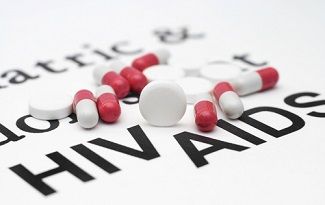 For people with HIV, they are having to take multiple medications daily and are dealing with issues such as compliance, side effects, and now a more common potential health prospect: issues associated with aging.

One of the ongoing side effect issues has been weight gain associated with antiretrovirals (ART), and with weight gain, people with HIV could potentially increase their chances to develop health issues associated with metabolic health.

In trying to address these challenges with multiple daily medications (polypharmacy) and looking to prevent potential health issues, ViiV Healthcare examined this through its TANGO study.

TANGO was a phase 3 trial, which was a randomized, open-label, noninferiority study evaluating the efficacy and safety of switching to Dovato (dolutegravir and lamivudine) vs remaining on a 3-/4-drug tenofovir alafenamide fumarate (TAF)-based regimen in virologically suppressed adults living with HIV-1.

Dovato is a once-daily, single-tablet, two-drug regimen of dolutegravir 50 mg and lamivudine 300 mg. It allows adults living with HIV the option to manage their virus without a third ARV. It is free of TAF, tenofovir disoproxil fumarate (TDF) and abacavir (ABC).

Tango investigators found Dovato was non-inferior at 48 weeks to a TAF-based regimen.

For the TANGO study, at baseline (BL), trial participants were randomized to either Dovato (N=369) or TAF-based regimen (TBR) (N=372).

Most participants were male (92%) and white (79%), median age was 40 years, and 74% received a boosting agent. Mean weight changes were small and comparable between arms.

At week 48, proportions with MS were 11% (BL=10%) and 12% (BL=11%) in the Dovato and TBR arms, respectively; adjusted treatment differences favored Dovato in the unboosted group.

van Wyk notes the changes in lipids were a “significant improvement in all paramenters” including TC:HDL ratio, in the Dovato group.

Changes in fasting glucose were small across arms; however, changes in fasting insulin improved in the Dovato arm. “People were able to keep their glucose levels constant because they seemed to increase their insulin levels,” van Wyk stated.

Overall, van Wyk sees the most important benefits in lipids and insulin resistance. “Yes, they are statistically significant changes, [but] what is important to think about is what does this mean for the future of the patient?”

He noted sustained high insulin resistance over a number of years might develop into prediabetes or type 2 diabetes.

These TANGO study results led to the recent FDA approval of expanding Dovato to be used as a complete regimen for treatment of HIV infection to replace an existing ART regimen in adults who are virologically suppressed (HIV-1 RNA less than 50 copies per mL) on a stable ARV regimen with no history of treatment failure and no known resistance to the individual components of Dovato.