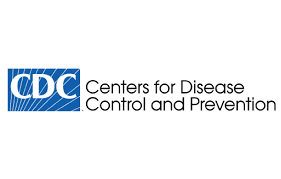 Neisseria gonorrhoeae, a bacterium that infects the urethra, rectum or throat of both male and females, is an important cause of sexually transmitted infections (STIs) that can have severe reproductive health consequences. N. gonorrhoeae is able to rapidly develop resistance to antibiotic therapies.

The CDC has recently updated their treatment guidelines for the infection, adding a recommendation of an intramuscular dosage of 500 mg ceftriaxone for uncomplicated gonorrhea. Also added was a recommended treatment if a coinfection with Chlamydia trachomatis occurs. The recommended treatment for coinfection is an oral dose of 100 mg doxycycline twice daily for 7 days. However, the treatment should only be administered when chlamydial infection has not been excluded.

Since 2014, STIs that are caused by the bacteria N. gonorrhoeae have increased 63% since and are a cause of various other conditions such as pelvic inflammatory disease, ectopic pregnancy, and infertility. The bacteria has also been known to facilitate the transmission of human immunodeficiency virus (HIV). Prevention is possible with effective treatment, but N. gonorrhea has an extraordinary ability to acquire antimicrobial resistance.

A Combination of therapies using a highly effective gonococcal therapeutic agent with cotreatment for chlamydia has been recommended by the CDC since as far back as 1985. The new update provides the reasons for the change in the guidelines in gonorrhea treatment, with recommendations for a higher dose of ceftriaxone and removal of azithromycin from the recommended regimen.

Ceftriaxone, the recommended treatment for N. gonorrhoeae, is a bactericidal third-generation cephalosporin with widely variable pharmacokinetics. The therapy has been estimated to require concentrations higher than the strain MIC for approximately 20–24 hours for effective urogenital gonorrhea treatment. The previous recommendation of 250 mg was shown not to reliably achieve the levels necessary. Due to this, the CDC has increased the recommended dose to 500 mg.

The CDC stated that a continued effort to support the prevention and control of gonorrhea remains a fundamental aspect of their antimicrobial stewardship initiative., The emergence of antimicrobial resistance that affects gonorrhea needs to be monitored through a myriad of surveillance systems. The reporting of treatment failures from health care providers’ will be a key aspect to ensuring continued efficacy of recommended regimens.