In results presented at IDWeek2019, investigators demonstrated a distinct “signature” of AFM in blinded cerebrospinal fluid samples >80% of the time.

The etiology of acute flaccid myelitis (AFM) has proved difficult to pinpoint. Although previous studies have shown links to viral infections, such as enterovirus, West Nile, and Powassan, no study has yet established causality.

According to the US Centers for Disease Control and Prevention, there have been more than 585 cases of AFM in the United States since 2014, with patients reporting extreme weakness in 1 or more limbs, even partial paralyzation, usually within a month of a respiratory or gastrointestinal illness.

Investigators have particular trouble with the early detection of enterovirus (EV)-associated AFM because EVs are rarely isolated from cerebrospinal fluid. Also, diagnosis is dependent on clinical and radiological data that is largely subjective, with no specific biomarkers to date.

A research team with the University of California, San Francisco has discovered a novel approach to diagnosis of AFM, which relies on host transcriptional biomarkers from cerebrospinal fluid. In results presented at IDWeek 2019, investigators demonstrated a distinct “signature” of AFM in blinded samples >80% of the time. Benjamin J. Briggs, MD, PHD, clinical fellow, pediatrics, at University of California, San Francisco, and presenting author, discussed the results with Contagion® (see video).

Relying on existing and newly generated data from a clinical cerebrospinal fluid metagenomic assay for pathogen identification, investigators used that to interrogate the host response at the transcriptome level by RNA sequencing. Using the resulting data, the team created statistical classification models to discern viral infections associated with AFM, such as EV-D68, EV-A71, West Nile virus, and Powassan virus.

“We were able to demonstrate a distinct signature of AFM that was able to predict the virus associated with AFM in blinded test samples with >80% accuracy,” investigators reported. “The key transcriptional features that best discriminated EV-A71 from EV-D68-associated AFM involved protein targeting, viral transcription, viral gene expression, and translation initiation pathways.”

This novel approach to AFM detection may allow for earlier diagnosis, which would improve patient outcomes, the team concluded. 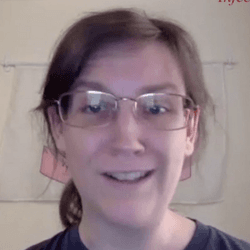