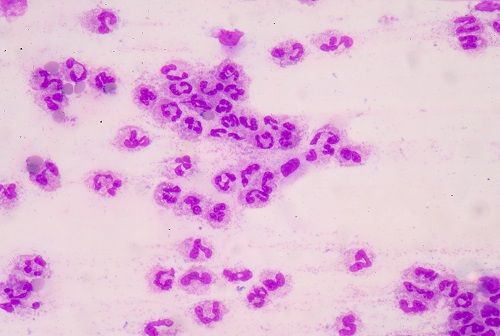 A performance measure on the treatment of sepsis from the Centers for Medicare and Medicaid Services (CMS) was associated with an increase in use of broad-spectrum antibiotics, in a new antibiotic utilization study.

Michael Stevens, MD, MPH, Department of Hospital Epidemiology and Infection Control, Virginia Commonwealth University Health System, Richmond, VA, and colleagues were interested in determining whether the need to adhere to the aggressive timelines specified in the SEP-1 could result in sepsis overdiagnoses and inappropriate antibiotic use, and lead to increased antibiotic resistance and an increase in Clostridioides difficile infection (CDI) rates.

"Policies that are designed to optimize timely antibiotic delivery to patients with sepsis are important, but awareness of the unintended consequences--such as an uptick in broad-spectrum antibiotic use--is also vital," Stevens commented to ContagionLive®.

The investigators examined antibiotic utilization records in the periods of October 2014-September 2015, before SEP-1 implementation, and October 2015-June 2017 after implementation, in 111 participating, member hospitals of Vizient, Inc.

Monthly adult antibiotic usage data were obtained in 4 categories: surgical prophylaxis, broad-spectrum for community-acquired infections, broad-spectrum for hospital-onset/multi-drug resistant organisms (MDR), and anti-methicillin-resistant Staphylococcus aureus (MRSA). The investigators indicated that they did not expect SEP-1 to have an impact on choice of surgical site infection prophylaxis agent, and so considered this a control category for the study.

Although there had been a decreasing trend in use of broad-spectrum antibiotics for hospital-onset/MDR prior to the SEP-1, the investigators found an increase immediately after implementation of the measure. Increases were found in overall antibiotic use, and in individual antibiotic categories, ranging from 64.7% increase in agents to treat MRSA to 284% increase in antimicrobials for surgical prophylaxis.

Stevens and colleagues also reported an unanticipated decrease of 7.3% in CDI rates immediately following implementation of the SEP-1. Although their study design did not allow examination of potential reasons, they note that national data have also indicated a decrease in C difficile cases since 2015.

The investigators caution that SEP-1 measures may lead to a "reflexive overuse of broad-spectrum antibiotics without the opportunity for clinical discretion." They cite a cohort study that suggests up to 40% of patients admitted to intensive care with a diagnosis of sepsis are subsequently found to not have an infection.

"Continued monitoring of antimicrobial use following SEP-1 implementation is critical as is local investment in antimicrobial stewardship programs," Stevens urged.