In a late-breaking virtual presentation at the Annual Conference on Retroviruses and Opportunistic Infections (CROI 2020), a team of investigators sought to evaluate whether community ART can help address the gaps in care and contribute to the achievement of the United Nations Programme on HIV/AIDS (UNAIDS) 90-90-90 targets.

Investigators in the United States, Uganda, South Africa, and London conducted a multi-site, household randomized trial to weigh this question in rural and peri-urban areas of Sheema District, Uganda, and KwaZulu Natal, South Africa (the Delivery

Optimization for ART [DO ART] Study). Community care came in the form of community-based HIV testing conducted either at home of via a mobile van.

“We wanted to test whether a simplified regimen of starting people on ART on the same day of testing would increase the viral suppression overall,” Ruanne V. Barnabas, MD, DPhil, associate professor with the University of Washington, and presenting author of the study, told Contagion®.

“Participants who were in the community could start ART either at home or in the mobile event on the same day that they tested, and then pick up all their refills and have all their monitoring done in the community from a mobile van, so it's possible for participants who are receiving this intervention not to visit the clinic at all during the course of their treatment,” she continued. “This made it very convenient, of course, for participants to access care.”

Between May 2016 and March 2019, a total of 1531 people living with HIV who were not on ART were randomized to either 1) same-day, community-based ART start with quarterly monitoring and ART refills via a mobile van, 2) a hybrid approach of ART start at the clinic with monitoring and refills via mobile vans in the community, or 3) standard of care of clinic-based ART. Investigators used modified intent-to-treat analysis with regression analysis to determine the primary end point of HIV viral suppression at 12 months.

Viral suppression for men and women in the clinic arm was 54% and 73%, respectively, compared with 73% and 75% in the community ART arm.

“[There are] several important messages from this,” Barnabas said. “The first is that we don't have to wait for people to demonstrate that they are succeeding on antiretroviral therapy before offering them more simplified delivery strategies…so we should be offering differentiated services for HIV earlier on. And the second message is that while community-based ART worked overall, it worked especially well for men who faced multiple barriers for clinic-based visits.”

Examining a Connection Between HIV, COVID-19, and Race 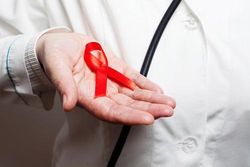 HIV Clinical Care This Past Year 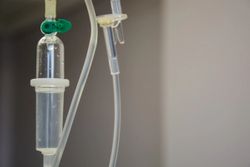