Company Gets Go-Ahead to Study Prophylactic Pill for Lyme Disease

About 300,000 people get Lyme disease each year. A new investigational prophylactic could provide people in high-risk settings with an opportunity to prevent infection.

The US Food and Drug Administration (FDA) has accepted an investigational new drug application for an oral prophylactic candidate designed to prevent transmission of Lyme disease.

The drug’s developer, Tarsus Pharmaceuticals, Inc., announced the acceptance last week. The company said it will now proceed with a Phase 1 study to evaluate the safety, tolerability, and pharmacokinetics of the pill, which it has named TP-05.

“Currently, there are no approved pharmacological prophylactic options for tick kill and preventing transmission of Lyme disease, which has the potential to cause severe, often debilitating symptoms with permanent and irreversible damage, said Bobak Azamian, MD, PhD, the company’s president and CEO.

The company said about 300,000 people in the US are infected with Lyme disease each year, but another 30 million people are believed to be at high or moderate risk of contracting the disease.

Lyme disease is transmitted through the bites of blacklegged ticks who are infected with the Borrelia bacteria. People who spend extended periods of time outdoors, especially in wooded areas, are at highest risk, since those are areas where ticks are most common.

TP-05 is not a vaccine. Rather, it is an oral systemic formulation of lotilaner. Other formulations of the drug have been used successfully to control fleas and ticks in household pets. The drug paralyzes and kills parasites by inhibiting parasite-specific GABA-Cl channels before the ticks can transmit Borrelia into humans.

TP-05 is designed to be taken before a person is bitten by a tick. If it successfully navigates the clinical trial process, the pill could be taken by people as a proactive measure prior to spending time outdoors or in areas where Lyme disease is endemic, the company said.

Tarsus added that prevention is particularly beneficial with a disease like Lyme disease, because many people do not notice that they have been bitten by a tick until the tick has already transmitted Lyme disease.

The phase 1 study, which is expected to launch this July, will be a single ascending dose and multiple ascending dose (SAD/MAD) study, the company said. Tarsus is also exploring the possible use of TP-05 to stop transmission of malaria, another common parasitic infection.

Tarsus is also in the midst of a pivotal trial evaluating the safety and efficacy of TP-03, a topical ophthalmic formulation of lotilaner, for the treatment of Demodex blepharitis, the company said. That condition is caused by Dermodex mites.

Azamian noted that Lyme disease is associated with symptoms such as inflammation, nerve, joint, and muscle pain, among other symptoms. More severe cases can result in neurological complications, including facial palsy, meningitis symptoms, and severe headaches. Patients who go undiagnosed for weeks or months are at a higher risk of treatment failure and more severe symptoms.

“There is a significant unmet need for a therapeutic to quickly and reliably prevent this disease that can lead to poor outcomes for so many people,” he said, in the press release. “We look forward to initiating our clinical development program for TP-05 and advancing the path for this much-needed therapeutic for Lyme disease prevention.” 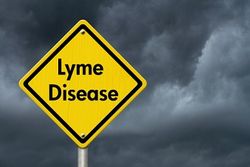 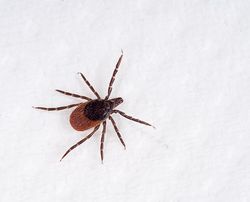 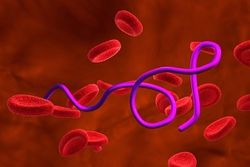 Updates to Serologic Assays for Diagnosis of Lyme Disease