Side effects that occur during concurrent vaccine administrations can influence future vaccine decisions.

How likely are you to get vaccinated after receiving a double-vaccine? Does doubling up on your vaccines, like COVID and influenza, impact your willingness to get the flu shot the next year? This question is even more relevant during a pandemic.

Personally, I received my influenza vaccine this year while getting my COVID-19 booster and when I wasn’t feeling great the next day…I could understand why people may think “next time, I’m not doing these together.” The bigger concern though is when this dissuades people from getting their influenza scene the next year.

Currently in the United States, we’re seeing more influenza activity than the previous year. In fact, 2.6% of clinical labs were positive for influenza this past week and 841 people were hospitalized for influenza. To address influenza vaccine uptake hurdles, a team of researchers sought to analyze if people who received their flu shot and Zoster immunization concurrently, would get their flu shot the following year. This new publication in JAMA Network Open utilized a national cohort of 89,237 patients to assess such relationship dynamics. Using data from claims via the Medicare Advantage plans across the United States, they reviewed patients who received the flu shot between August 2018 and March 31, 2019 and received a dose of the recombinant zoster vaccine on the same day or within 29-180 days before.

Adjusting for confounders included demographic, clinical, and health care use variables between patients who received concurrent versus separate administrations of the zoster and influenza vaccines. The median age of the cohort was 72 years old, 58.3% were women, and 70.1% were White. 85.7% of the cohort had at least one comorbidity that increased the risk for complications. The authors noted that “Among 27,161 patients with concurrent administration of the 2018-2019 influenza vaccine and zoster vaccine, 23, 717 (87.3%) received a subsequent influenza vaccine in 2019-2020 compared with 56 686 (91.3%) of the 62 076 patients who received the 2 vaccines separately, for an absolute difference of 4.0% (95% CI, 3.5%-4.5%). After adjusting for demographic, clinical, and health care use characteristics, the adjusted odds ratio (OR) of receiving a 2019-2020 influenza vaccine was 0.74 (95% CI, 0.71-0.78; P < .001) following concurrent vs separate administration of the influenza and zoster vaccines in 2018-2019.”

Ultimately this emphasizes that there’s a potential reduction in influenza vaccine in the year following concurrent administration of influenza and zoster vaccines.

As the authors noted, “Results of this cohort study suggest that concurrent administration of influenza and zoster vaccines was associated with a reduction in receipt of the influenza vaccine the following year. One possible explanation is that some patients could have misattributed systemic side effects caused by the zoster vaccine to the influenza vaccine. It may be preferable to administer these 2 vaccines separately or enhance patient counseling about expected vaccine side effects.”

Similar to my own initial thoughts while in the throes of not feeling great, misattributed systemic side effects can be off-putting to people in terms of future vaccines. Now more than ever, we need to educate on this and how important it is to vaccinate. 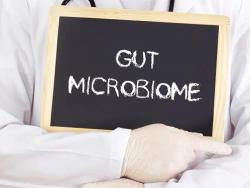 The Role of Pharmacists in the World of Pediatric Antimicrobial Stewardship