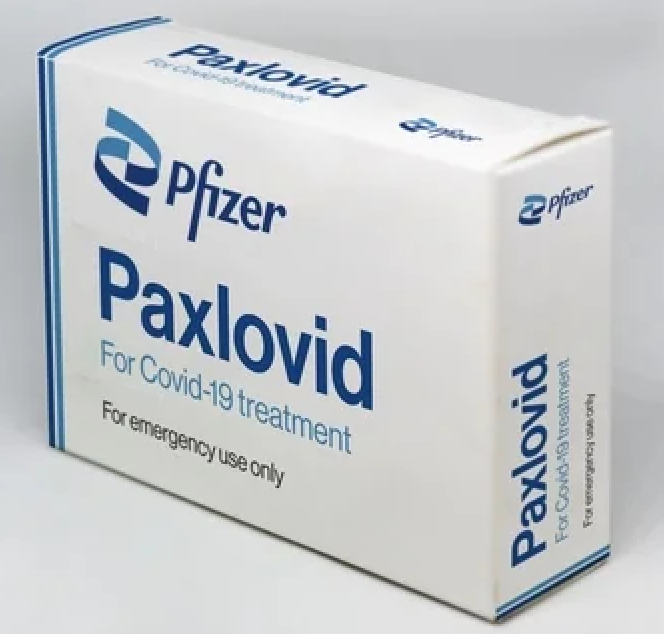 Reports of a "rebound" in COVID-19 symptoms and retesting positive for SARS-CoV-2 after testing negative with Paxlovid (nirmatrelvir/ritonavir, NM/R) treatment have marred the experience of the "test and treat" initiative. While the intervention continues to protect at-risk individuals with mild symptoms from severe illness, these reports prompted a health advisory from the Centers for Disease Control and Prevention (CDC).

The CDC advisory characterizes the apparent rebound as typically short-lived (median 3 days), occurring 2 to 8 days after putative response to treatment, and not requiring additional anti-COVID-19 treatment. The recurrence of symptoms and positive testing does, however, warrant resuming a period of isolation consistent with CDC guidelines. The advisory emphasizes that Paxlovid treatment, under Emergency Use Authorization by the FDA, continues to be recommended for early-stage, mild to moderate COVID-19 among persons at high risk for progression to severe disease.

The evidence cited in the advisory points to rebound rather than to reinfection, or an additional infecting pathogen, or to development of resistance to Paxlovid. The frequency of the occurrence is unclear, as the advisory notes that there was a "small" number of participants in the Paxlovid clinical trial (an FDA Update indicates a range of 1-2%) who became symptomatic and tested positive after initial resolution; but that this was observed in both the active drug and placebo groups.

In a case series report cited in the advisory, however, Michael Charness, MD, chief of staff, VA Boston Healthcare System, Boston, MA and colleagues indicate that while their series comprised a convenience sample, "it is noteworthy that 5 of 8 cases occurred within two families, suggesting that relapse following NM/R treatment is not rare."

Anecdotal, first person reports don't clarify how likely the rebound is to occur, but they are intriguing. In her reporting for The Atlantic, Rachel Gutman reached out to Robert Wachter, MD, chair of the Department of Medicine, University of California, San Francisco, who provided her with the number of his social media contacts who had reported experiencing the rebound after Paxlovid treatment. Several hours after their interview, he re-contacted Gutman to add his wife to the list, as she had just relapsed after recovering.

In the National Public Radio (NPR) coverage of the phenomenon, health policy reporter Fran Kritz offered a first-person testimonial from their own science correspondent, Joe Palca, who she characterized as a "rebounder." To these, this reporter for Contagion can add his own experience with recurrence of minor symptoms and positive SARS-CoV-2 test, 3 days after being symptom-free and testing negative at the completion of a 5-day course of Paxlovid.

The possibility that a rebound of COVID-19 might be less likely with an extension of treatment is being considered by the manufacturer, according to Kit Longley, Pfizer Global Media Relations.

"There may be some patient populations who may benefit from longer durations of treatment, and we are considering additional studies to evaluate this in some populations," Longley told Contagion.

There has been one trial comparing a 5- and 10-day course of Paxlovid, but this was for a cohort of asymptomatic contacts rather than symptomatic persons at risk for severe illness. Although it did not yield statistically significant results to ascertain the potential for prophylactic use, it did indicate that the 10-day regimen was well tolerated.

"These findings may help inform future study designs, including those evaluating the potential of a longer treatment duration in some patient populations," Longley commented.

Davey Smith, MD, MAS, head, Division of Infectious Diseases and Global Public Health, Department of Medicine, University of California San Diego, whose group helped to rule out both the development of drug resistance and an absence of neutralizing antibody for the apparent rebound, agreed with the notion of investigating a different regimen.

"Definitely need more trials," Smith remarked to Contagion. "May need to figure out which patient characteristics predispose to this phenomenon."

Smith also considered what mechanism might underlie the rebound, having ruled out the emergence of drug resistance. "I think there are many possibilities, including cells harboring live virus in various tissues, upper or lower respiratory tract," he posited.

Kalpana Gupta, MD, a co-author and colleague of Charness at VA Boston Healthcare, also suggested a possible mechanism for the rebound, in discussing their case series report with Contagion.