Diagnostic Algorithm for C Diff Is Confounded in Cancer Patients

The 2-step algorithm for diagnosing Clostridioides difficile infection is difficult to interpret in patients who have cancer or are immunocompromised. 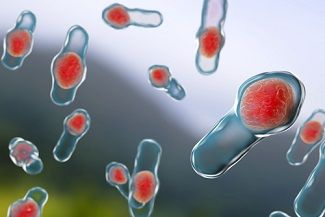 A "3rd-step" of ribotyping was added to the 2-step algorithm currently recommended to distinguish between Clostridioides difficile carriers and infection, in a study to characterize the condition and course in patients who have cancer or are immunocompromised.

The utility of the diagnostic algorithm hasn't been well evaluated in these patients, who present such confounding risk factors for diarrhea as radiation, cytotoxic chemotherapy and adoptive cell based therapies, explained Pablo Okhuysen, MD. Department of Infectious Diseases, Infection Control and Employee Health, The University of Texas MD Anderson Cancer Center, Houston, TX.

"The current recommendations suggest that a single PCR (polymerase chain reaction) test is probably appropriate for most clinical settings, where the pretest possibility of having C difficile is highest. In that setting, perhaps, doing the PCR or nucleic acid amplification test alone would be appropriate," Okhuysen told Contagion®.

"However, in populations where you may have a lot of other confounders, where you have a possibility of chemotherapy-induced diarrhea, or use of radiation, or other medications like tyrosine kinase inhibitors that can cause diarrhea, it becomes a little muddier and a little less clear cut. These patients can be chronically colonized with C diff, and we'd label them with C diff (infection), when in reality they're having diarrhea from their chemotherapy, or mucositis," Okhuysen said.

The 2-step algorithm to diagnose C difficile infection (CDI) involves nucleic acid amplification test (NAAT) to identify presence of the organism, and enzyme immunoassay (EIA) to test for its release of fecal toxin A/B. Okhuysen and colleagues also obtained the ribotype, to ascertain the likely virulence of the strain, and better characterize clinical outcomes in their cohort of cancer patients.

"In addition to patient-specific factors, the incidence and severity of CDI is also determined in part by specific C difficile strains," the investigators explained. "As per last CDC annual report in 2017 on Clostridioides difficile infection, about 25% of isolates identified in healthcare-associated CDI are caused by the hypervirulent ribotypes."

In their prospective, non-interventional single-center cohort study, Okhuysen and colleagues identified 227 cancer patients hospitalized between October 2016-October 2017 with diarrhea and NAAT positive for C difficile. Most (87%) had received antibiotic therapy within 90 days of the NAAT. A confirmatory EIA for toxin A/B was positive in 35% of these patients.

Although there is an expectation that bacteremia occuring with C difficile infection is likely to be related to inflammation of the colonic mucosa and bacterial breach of the barrier function, Okhuysen suggested other factors are likely in this population.

"So, a potential confounder in our study is that we are retesting patients that are sicker, and that have been in the hospital for a longer period of time, and, regardless of the finding of the C difficile, are just going to be more likely to have bacteremia," he said.

The investigators call for additional studies in cancer patients with CDI, particularly with the high proportion who are EIA toxin negative. "Studies that include additional biomarkers such as fecal inflammatory markers, quantitative assays that can measure the bacterial load and amount of toxin present are needed," they indicate.