Stanford investigators suggest the findings could continually represent an accurate estimate of US antibody accrual. 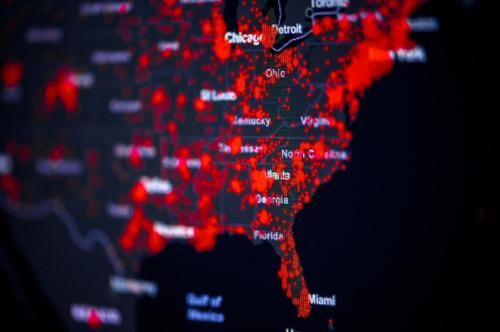 A new cross-sectional assessment from a team at Stanford University showed fewer than 10% of plasma from US adult patients collected at dialysis facilities in July had formed antibodies against SARS-CoV-2 infection.

The findings, which cross-analyzed 28,503 samples from patients receiving dialysis care at the end of the first coronavirus 2019 (COVID-19) wave in the US, may serve as a more apt representation of the US population and its overall ability to establish seroprevalence over the span of months.

Investigators, led by Shuch Anand, MD, of the Division of Nephrology at Stanford University School of Medicine, also reported that just 9.3% of observed patients with SARS-CoV-2 antibodies had actually been diagnosed with COVID-19 in the first place.

The team conducted the research in partnership with Ascend Clinical Laboratories—a funding partner which provided samples from 1300 dialysis facilities across the country. Anand and colleagues tested the remainder plasma of the samples through a spike protein receptor binding domain total antibody and chemiluminescence assay, which holds a 100% sensitivity and 99.8% specificity accuracy.

Patient age, sex, race, and ethnicity data were extracted, as well as residence and facility locations, from electronic health records, allowing the investigators to link patient-level residence data with cumulative and daily COVID-19 cases and deaths per 100,000 population, as well as with nasal swab test positivity rates.

Prevalence estimates were estimated per overall US dialysis cases and the adult population; investigators shared estimates for stratified prevalence per age, sex, region, and race and ethnicity.

In an interview with Contagion®, Anand emphasized the need for seroprevalence understanding to set appropriate and targeted public health responses to the pandemic. The use of dialysis data—already available plasma for assessment&mdash;provides a potentially more representative assessment of seroprevalence than community-based surveys.

“It requires a lot of on-the-ground work, and it’s hard to repeat,” she explained. “We think that studying patients on dialysis has the advantage of overcoming some of those limitations, because patients on dialysis undergo monthly lab work as part of their routine care in the US.”

What’s currently understood about SARS-CoV-2 antibody presence is developing, yet promising: investigators have observed up to 4 months seroprevalence in post-infection patients thus far. A monthly return of assessment in dialysis patients could allow investigators to continue consistent monitoring.

The team observed their sampled population had similar age, sex, and race and ethnicity distributions to the US dialysis population—though with greater rates of older people, men, and people living in majority Black and Hispanic neighborhoods than the mean US adult population.

When comparing seroprevalence and case counts per 100,000 population, Anand and colleagues observed a diagnosis rate of just 9.2% (95% CI, 8.7-9.8) among seropositive patients.

Residents of neighborhoods in the highest quintile for population density reported a nine-fold increased odds of seropositivity (OR, 10.3; 95% CI, 8.7-12.2) versus residents in the lowest density quintile.

In discussing the value of the 46-state dialysis patient data, study co-author Maria Montez-Rath, PhD, told Contagion this may give a very honest look at seroprevalence in the US today.

“The fact that we are able to sample from the entire country really helps us make the case this population could actually be used to transport results to the entire US population,” she said.

Additional to that point, investigators concluded the findings could help inform surveillance and management strategies during the inevitable next phases of the pandemic.

"Serial sampling of dialysis remainder plasma should be used to determine trends in disease prevalence and the effect of various strategies being implemented around the USA to reduce the burden of COVID-19 on the general population," they wrote.