Contemporary care guidelines for this bacterium in geriatrics needs to be followed more closely, one study found.

Managing Clostridium difficile (C diff) in geriatric patients has not yet caught up with modern guidelines, according to a paper published in Clinical Geriatrics.

Investigators from Italy conducted a retrospective observational study of 33 elderly patients in order to describe the clinical features ad prognosis at the 6-month mark of patients affected by C diff in a geriatric unit. As the study authors explained, C diff infection is a leading cause of nosocomial diarrhea in elderly people, and the incidence of C diff has increased in long-term care rehabilitation centers and nursing homes in the last 2 decades.

The patients had a mean age of 89 years and 23 of the patients enrolled in the study were female. They were admitted to the hospital between March 2018 and March 2019. The investigators collected data around the patients’ demographics, such as age, gender, and pre-admission family status; Comprehensive Geriatric Assessment (CGA), including cognitive performance, function status, nutritional status, pressure ulcers risk, and home drug therapy, and number and type of drugs; pharmacological therapies set during hospitalization, with specific interest in proton pump inhibitors and antibiotics; results from enzyme detection of C diff toxin B on stool samples; and date of discharge or death.

In 2 weeks preceding the clinical onset of the infection, all patients had undergone antibiotic treatment and 12 patients were receiving proton pump inhibitor therapy. Almost the entire cohort were nursing home residents or had a recent hospitalization, the study authors said. A total of 28 patients displayed cognitive impairment, 31 had severe functional limitation and 21 patients were already completely dependent. A majority of patients had more than 2 comorbidities and often, had a high risk of short- and long-term mortality.

All of the patients were initially treated with C diff-specific antibiotic therapy, the investigators described, with 22 receiving vancomycin and the remainder receiving metronidazole. Each of the 4 current cases received metronidazole. 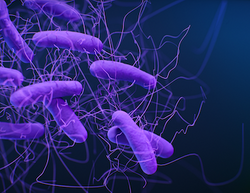 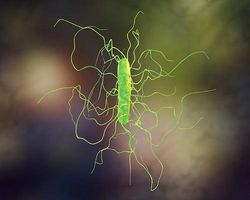 Which C diff Diagnostic Test is the Most Specific? 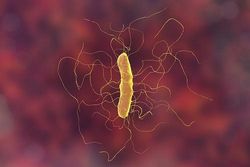