FDA Authorizes Moderna’s COVID-19 Vaccine in the US

The VRBPAC voted 20-0 with 1 abstention to support the benefit-risk profile associated with mRNA-1273. 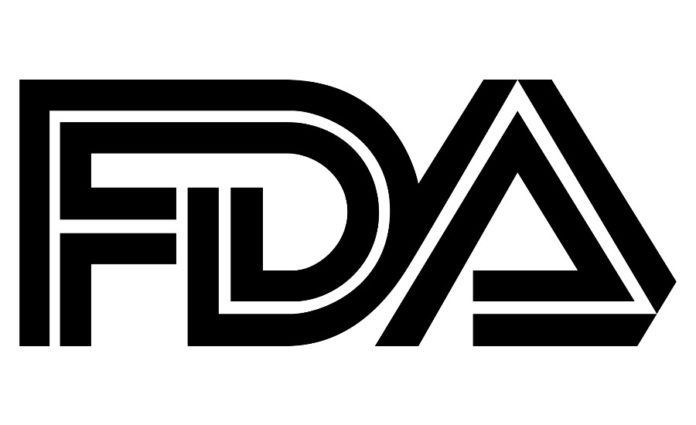 The US Food and Drug Administration (FDA) has granted Emergency Use Authorization (EUA) to mRNA-1273, becoming the second vaccine approved for the prevention of coronavirus 2019 (COVID-19) in the United States.

The decision was announced Friday, and follows the administration’s authorization of Pfizer’s BNT162b2 vaccine in persons aged 16 years and older last week.

The FDA granted the authorization to Moderna, a biotechnology company based in Massachusetts that specializes in messenger RNA (mRNA) therapeutics and vaccines, based on data shared prior to the Vaccines and Related Biological Products Advisory Committee (VRBPAC) meeting on Thursday.

Accompanying the Pfizer product, the novel vaccine is of the first of its kind to gain license for use in the US, making this a groundbreaking achievement in the field of vaccination research and implementation.

The mRNA-1273 is encoded for a prefusion stabilized form of the SARS-CoV-2 Spike S protein, a protein complex that is critical for membrane fusion and host cell infection. The vaccine was created in collaboration between Moderna and investigators from the Vaccine Research Center at the National Institute of Allergy and Infectious Diseases (NIAID).

Moderna’s mRNA-1273 is a new approach to vaccines to protect against infectious diseases. Although the technology of nucleoside-modified messenger RNA platform-hosted vaccines have been studied for decades, none have ever been employed for use in the US prior to COVID-19. The interest in this type of vaccine grew at the very beginning of the pandemic, due to the fact they can be created using readily-available materials and can be easily standardized and scaled, allowing for a faster development process.

Unlike traditional forms, mRNA vaccines do not put weakened or inactivated germs inside the body. Rather, they teach cells to make proteins that will trigger an immune response by injecting ribonucleic acid into cells which gives them instructions. The cells then display the protein on their surface, activating the creation of antibodies as in a natural infection. This in turn stimulates a more potent response by the immune system.

In the video below, William Schaffner, MD, Professor of Preventive Medicine at the Vanderbilt University Medical Center, explains the mechanisms behind mRNA vaccines.

“Think of mRNA as a messenger, it transfers genetic instructions [and] it gets information from DNA. [Then] it goes into the cell and goes to the factory that’s in the cells that makes protein. This messenger carries the message for the cells to manufacture a specific protein, which we call the spike protein. That’s the part of the virus which is very important against which the vaccine is working. You can’t get COVID from the vaccine and after it gets that instruction into the cell, it disappears.”

The ongoing randomized, stratified, observer-blind, placebo- controlled study assessing the vaccine has included 30,351 participants who were randomized 1:1 to receive intramuscular injections of either 100 μg mRNA-1273 or placebo. The vaccine was administered in 2 doses given 28 days apart in adults who were 18 years of age or older.

At the interim analysis provided to FDA in the EUA application, mRNA-1273 was found to have an efficacy of 94.5% (95% CI, 86.5%-97.8%) against confirmed COVID-19 14 days after the second dose in participants without evidence of a prior SARS-CoV-2 infection. In total, 11 cases of severe COVID-19 were observed, but all of them occurred in the placebo group.

Data was submitted as an amendment after the initial EUA request from a final efficacy analysis. However, the FDA has not yet independently verified the data from this dataset. The final scheduled efficacy analysis on the primary endpoint, demonstrated an efficacy of 94.1% (95% CI, 89.3%, 96.8%). A lower efficacy was observed in participants ≥65 years of age compared to that in younger adults 18 to <65 years of age.

Moderna has announced that its short-term goal is to produce approximately 500 million doses of mRNA-1273 per year, with the hopes of scaling up global manufacturing to produce a potential 1 billion doses of the vaccine per year in the future.

The company has reached an agreement with the United States government to continue using its U.S.-based manufacturing infrastructure to supply 200 million doses. The U.S. also retains the option to purchase a further 300 million doses as part of the agreement under Operation Warp Speed.

Although the mRNA vaccines pose some meaningful challenges as it pertains to distribution, unlike Pfizer’sBNT162b2, which needs to be kept at a temperature of -70°C, Moderna has recently announced that mRNA1273 can remain stable at temperatures ranging from 2° to 8°C for up to 30 days. This will allow for easier transportation and a wider availability of storage options, permitting the vaccine to be held in places that would not be able to properly preserve Pfizer’s.

Though the authorization, as was granted to Pfizer, allows for the emergency-based and ongoing review-dependent distribution of the vaccine, Moderna would still seek Biologic License Application (BLA) approval for mRNA-1273, making it a marketed vaccine for preventing COVID-19. Additional manufacturing, efficacy, and safety data that provides a greater assurance of the product would warrant a BLA application.

There are still vital questions that need to be answered when it comes to vaccines for COVID-19, such as their safety when given to a larger number of people and the potential for waning immunity over time. How the vaccines influence viral loads and community transmission risks still need to be investigated, however this can only occur when the therapy has been introduced to more people.

The coming weeks and months may bring more potential vaccines forward, most notably AstraZeneca, who has been on the heels of Pfizer and Moderna but ran into issues with their data earlier this month.

For now, the rollout of Pfizer’s and Moderna’s vaccines show great hope that in the not-too-far future, society can resume some sense of normalcy.

“We appreciate the confidence that the US government continues to have in mRNA-1273, our COVID-19 vaccine candidate,” Stéphane Bancel, Chief Executive Officer of Moderna said. “We continue to scale up our manufacturing capability in the U.S. and outside of the U.S…we will continue to work with regulatory agencies around the globe to continue the rolling review process. We remain committed to helping address this global pandemic with our vaccine.”